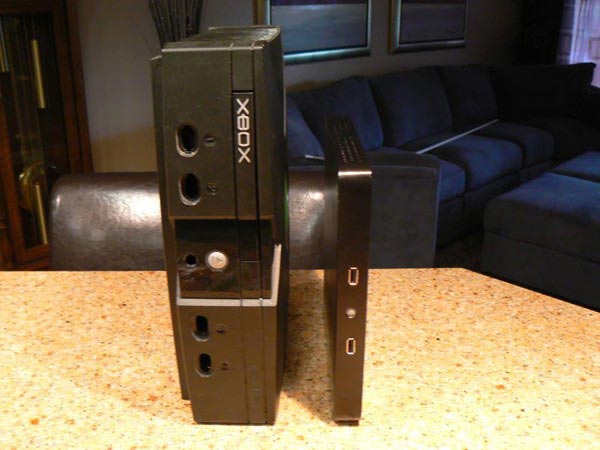 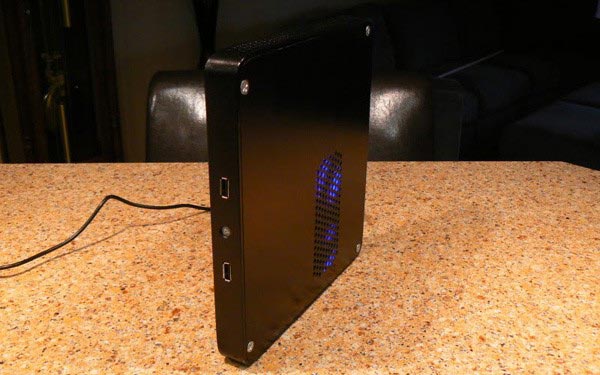 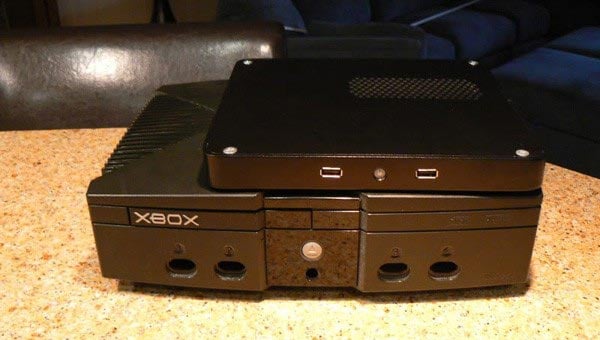 The case is made out of 1/8″ thick (3mm) polycarbonate and consists of 4 panels. 3 of the panels were held together with epoxy and plastic welder to form the base. The top panel is supported by 4 posts which it screws into. All of the panels were made with the usual tools, so it doesn’t quite have that laser-cut precision, but I think it came out alright.

Head on over to Xbox Scene for lots more photos and details.