Xbox 360 owners that own an iPhone or iPad might be surprised to learn that Microsoft has just rolled out a new iOS application, similar to its Windows Phone 7 Companion App we featured earlier this week. Although the new iOS app does lack a few of the features of the Windows Phone version.

The surprise move by Microsoft has brought with it an official Xbox LIVE app which enables Xbox 360 LIVE gamers to manage their friends list, invite new friends, and read and edit their full LIVE profile, direct from their iOS device. 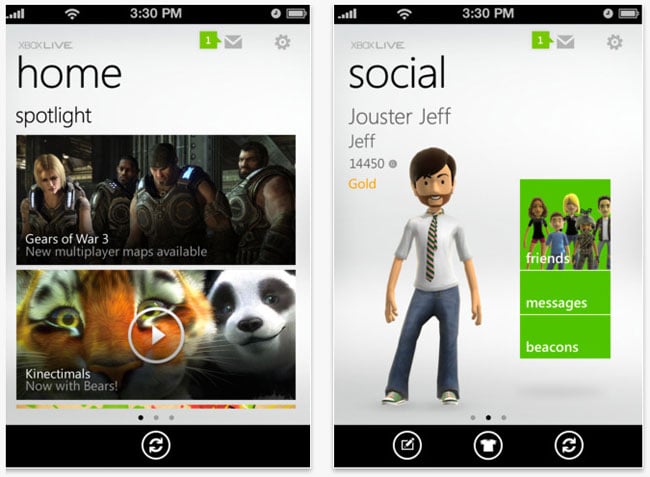 Other features also enable you to compare your game progress and achievements with friends and even update your avatars features and items if desired.

“Take your Xbox LIVE experience wherever you go with the My Xbox LIVE app. Track and compare your achievements, connect with your Xbox LIVE friends, and change up your 3D Avatar. Review all your recent great games you and your friends love to play and compare achievements with them. Jump into our games hub to learn about the latest LIVE games and apps. Access Xbox Spotlight feeds, get breaking news from Xbox LIVE, game tips and tricks, gamer spotlight and much more.”

The new iOS Xbox 360 LIVE is now available to download from the iTunes App Store for free.