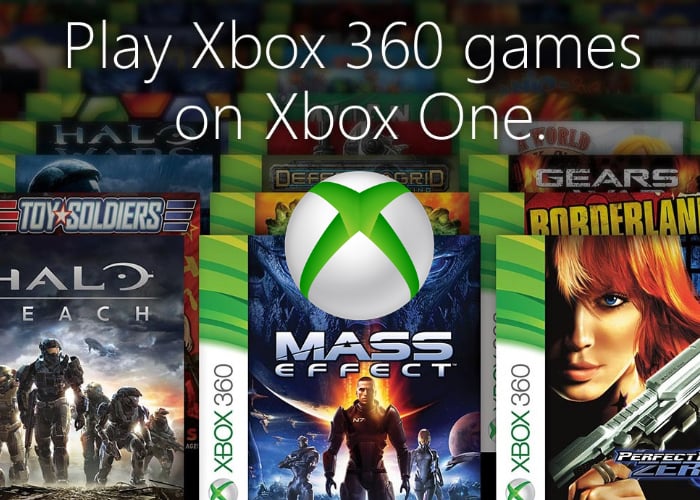 This week marks one year since Microsoft launched the hugely popular Xbox One Backward Compatibility program, allowing Xbox gamers to enjoy their older Xbox 360 games complete with achievements and game saves on their new generation Xbox One consoles at no additional cost.

Check out the promotional video below for a quick recap on some of the games that are now available to enjoy via the Xbox Backward Compatibility program.

Microsoft explains a little more about what has rolled out to the Xbox Backward Compatibility program over the last 12 months.

It’s already been a big week with the additions of Mass Effect 2 and Mass Effect 3 to our library, as well as to the EA Access Vault, and the hits keep coming. We’re excited to announce the arrival of the highly-requested fan favorite, Skate 3, to our library of Backward Compatibility titles – available starting today.

When we first launched Xbox One Backward Compatibility as part of the New Xbox One Experience last November, our goal was to continue to put gamers at the center of everything we do.

We launched with over 100 titles and have added over 170 more in the last year. Today, you can play more than 280 Xbox 360 games on Xbox One, including my personal favorites, Blue Dragon and Red Dead Redemption – and the library continues to grow. We’re thrilled with the response and engagement we’ve seen from the community with more than 210 million hours of gameplay logged.

As we approach our one-year mark on Saturday, November 12, we continue to work with our publishing partners to grow our library of Xbox One Backward Compatibility titles, and we’ll keep the community updated weekly when new releases are available. And don’t forget, all Xbox 360 games available through Games with Gold since we launched the program last year are also playable on Xbox One.

For a full list of all the backward compatible Xbox 360 games that are now available to play on the new Xbox One jump over to the official Microsoft website via the link below.