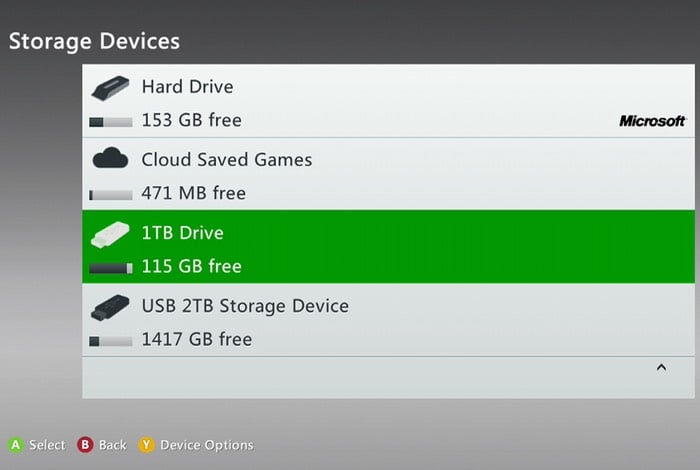 Microsoft has today announced that the next update for Xbox 360 Preview Program members will allow gamers to use 2TB hard drives to store Xbox 360 data.

Last month Microsoft announced that the Xbox Preview Program would roll down to the Xbox 360 and allow owners to register to have the opportunity to install system updates and experience the new or improved features before they release to the general audience.

Now one of the moat requested features by gamers has been addressed by Microsoft, who has now added the ability to access larger external storage for the Xbox 360. Microsoft explains :

“If you are not part of the Preview program you will get this functionality later this year. In addition we will also no longer reserve space in advance on your hard drive.  If you are using 16GB of hard drive space for games – we will only take 16GB of space. And just like today – you will be able to use two external drives at a time.

Some drives may be incompatible or have performance issues. If you already have space reserved for storing Xbox 360 data, you will need to clear the Xbox 360 storage to gain full access to the drive. If you are in the Preview program, please review the list of known issues before formatting your drive.”

For more information on the new Xbox 360 Preview Program update allows 2TB drives to be accessed jump over to the Major Nelson website for details.