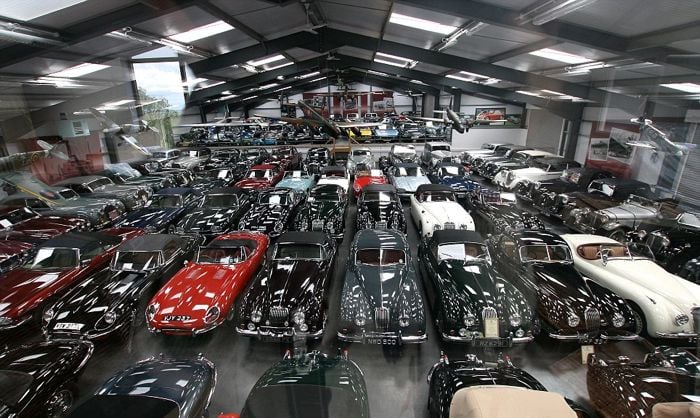 Jaguar has announced that they have purchased the world’s largest British classic car collection, the collection is the largest privately owned collection of classic British cars, and there are a total of 543 cars.

The collection was previously owned by James Hull, and it includes some rare vehicles, including 130 jaguars, a range of pre-war cars and more.

Jaguar Land Rover has today announced that it has purchased the largest privately owned collection of British cars, securing this important collection for the nation.  The collection assembled over many years by British enthusiast James Hull, includes 543 mostly British classic cars and features many significant Jaguar models including XK SS, C, D and E-types.  The acquisition underscores Jaguar Land Rover’s increased support and focus on heritage. The cars in the collection will be actively used to support brand and experiential marketing to develop the brands and business in existing and emerging markets.

John Edwards, Managing Director of Special Vehicle Operations commented. “We are delighted that Jaguar Land Rover has come to an agreement with James Hull to secure the future of this very significant collection of Jaguar and British cars. We share the same objective as James to keep this unique collection in British hands and we are delighted this agreement secures their custody for the future. We look forward to continuing to work with James going forward as we develop our heritage activities.

Jaguar Land Rover did not reveal how much they paid for this massive collection of British cars, but when it was out up for sale earlier in the year, the owner was looking for offers in excess of £100 million.