If you were under the impression that 3D printers were only capable of printing small trinkets and objects, you might be impressed with this full size 3D printed kayak which has been created by Jim Smith of Grass Roots Engineering, using a home-made 3D printer based loosely on the RepRap 3D printer. 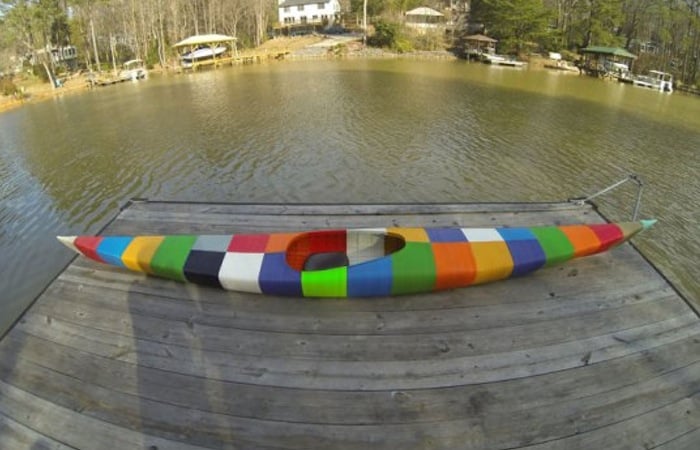 The kayak is constructed from 28 different 3D printing sections which were then all bolted together to create the finished floating structure. The design is based on a Siskiwit Bay kayak by Bryan Hansel and was printed at a height of 0.65 mm to reduce the 3D printing time.

However the kayak still took over 1000 hours to have all its parts printed which have also been customised to improve performance based on the owner’s height and weight. The kayak hull measures 6mm in thickness and is fitted with a custom rib structure to increase the strength which you can see in the image below. 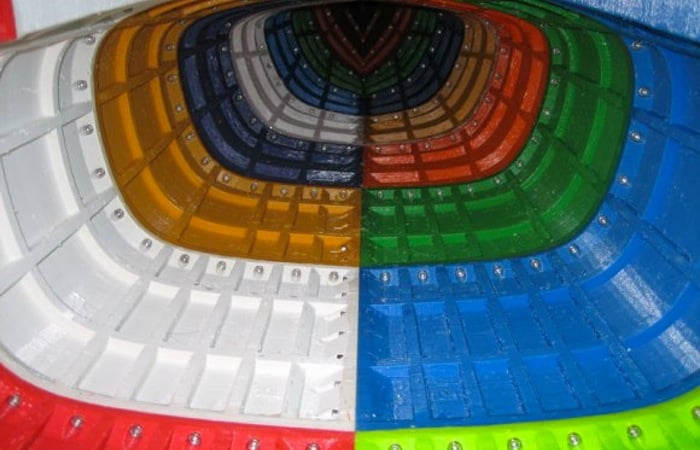 The finished 3D printed kayak weighs around 65lbs and includes 58lbs of ABS plastic and 7lbs of bolts to keep the 28 panels in position and watertight. Check out the video below to learn more about the world’s first 3D printer kayak.