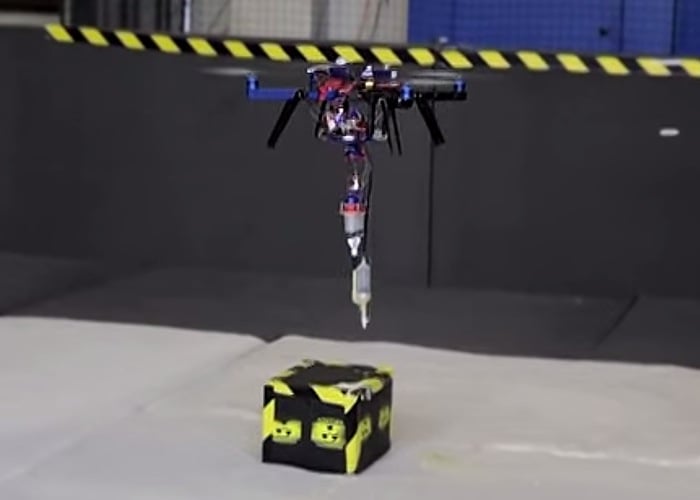 Researchers at Imperial College London have released a video and details this month revealing a new 3D printing flying robot they have created which takes the form of hexcopter and quadcopter drones.

The new fleet of robots has been inspired by the swiflets that build nests using their own saliva, and the team headed by Mirko Kovac of Imperial College London has create an aerial robot that can now create structures using the foam. Watch the video after the jump to learn more about the 3D printing flying robot project and see it in action.

The hexacopter flying robot is capable of carrying kilograms, but scaled-up versions could carry up to 40 kg, says Kovac. The drones also use a regular battery but the design team envisages a fuel cell that the robots could recharge by resting on a treetop and deploying solar panels. “They will build nests to recharge their batteries with solar cells and to observe the environment,”explain the developers.

For more information on the new 3D printing flying drones jump over to the New Scientist website for details.