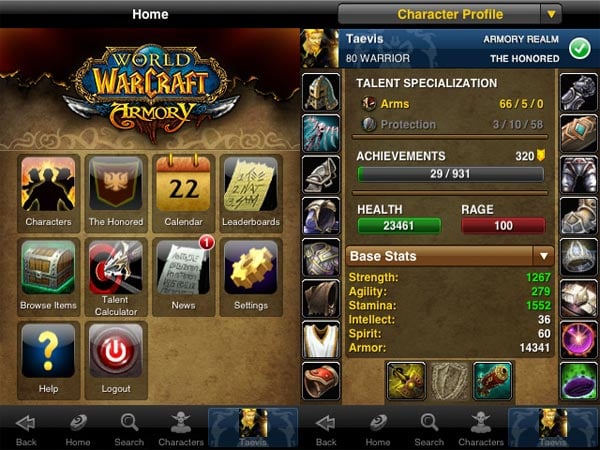 You can also access your in game calendar of events and lots more, it basically brings all the functionality of the World of Warcraft Armory website to your iPhone or iPod touch.

Ever wanted to check your raid schedule, look up a piece of PvP gear, or concoct a new talent spec while on the go? The World of Warcraft Mobile Armory app for iPhone™ and iPod touch® lets you access the official Armory database from anywhere you have a mobile connection, and features much of the same functionality as the Armory website.

Check out the video of it in action.

The World of Warcraft Armory iPhone App is available from iTunes as a free download, here is the link.