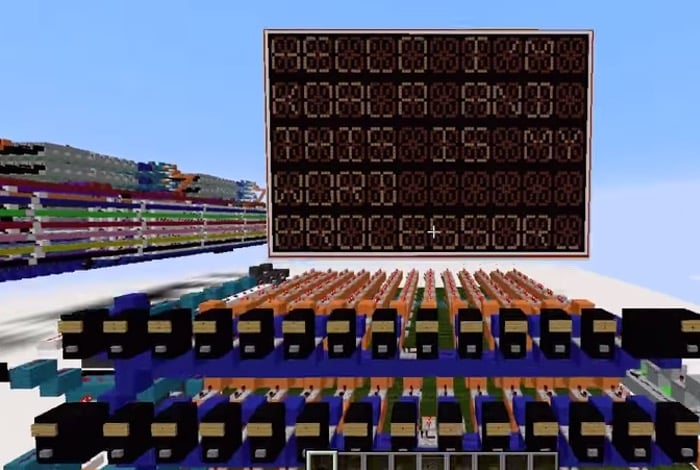 After almost two years of hard work and without using any Command Blocks YouTube user Koala Steamed has published a video of his working Redstone Word Processor Computer in Minecraft.

The working word processor is capable of loading files from memory and more, check out this feat of Minecraft engineering and its full awesomeness in the video below.

“Word processor that can load files from memory. Has uppercase, lowercase, numbers & symbols. Not the fastest of word processors but every single bit of data comes through a single line of redstone. I’ve also got plans to turn this into a working computer with an ALU and CPU.

5x10, 50 character limit monitor using 16 segment display. There are 7.357x10^92 different combinations the screen can show, all of which can be controlled from 1 line.

Working on adding RAM so that files can also be saved. Also need to add more symbols and well as command functions instead of using /1 to load file 1. I’ll make it ctrl ‘L’ 1 and ctrl ‘n’ for new file and so on.

Thanks to Peter from PlanetMinecraft for letting me use his AND gate and RS-NOR component. Be sure to check him out on and give him some diamonds :)”

The World Dowload is available via Mediaflare.