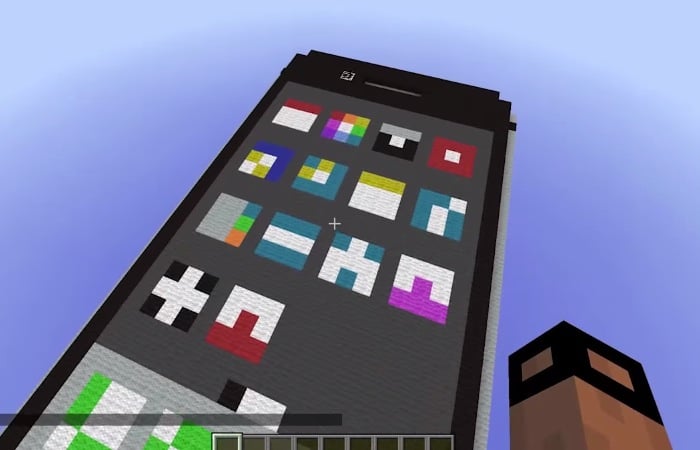 Fans and makers that enjoy using the Minecraft game to create new worlds and objects within the virtual environment, are sure to enjoy this working Apple iPhone that has been created within Minecraft.

Check out the video after the jump to see it in action, unfortunately no you can’t make calls with it but it does have a combination lock as well as a working home button as well as a selection of applications you can play with.

The Minecraft iPhone is even equipped with its own working music player allowing you to listen to your favourite tunes, and it’s a lot less expensive than Apple’s latest iPhone 6 smartphone device.

To re-cap Minecraft is a sandbox indie game that was originally launched on May 17th 2009 and created by Swedish programmer Markus “Notch” Persson and later developed and published by Mojang.

“The creative and building aspects of Minecraft allow players to build constructions out of textured cubes in a3D procedurally generated world. Other activities in the game include exploration, gathering resources, crafting, and combat.

On September 15th 2014, a deal was announced with Microsoft granting ownership of the Minecraft’s intellectual property to Microsoft for $2.5 billion.