Facing a corrupted file issue is common these days. Even though most people avoid repairing their essential files due to the shortage of time, various software all over the browser can facilitate getting your files repaired in just a few steps. Wondershare Repairit is one of the top software to look out for if you’re facing such issues.

It’s famously known for its video repair feature but also works in repairing audio and other format files. In this article, we’ll talk about how Repairit can help you in repairing your files with its advanced features.

Wondershare Repairit is one of the best file repairing software right now. It’s best known for its aesthetic and easy-to-navigate interface by which anyone can easily repair their corrupted files in a couple of minutes. Its advanced features can restore minor and severely damaged files regardless of how the issue occurred in the first place. This gives you great insight!

Wondershare Repairit accelerates the productivity of your work through its helpful features, such as batch repair, by which you can efficiently repair multiple corrupted files simultaneously. It also allows you to preview the file before saving it to ensure it’s up to your standards. 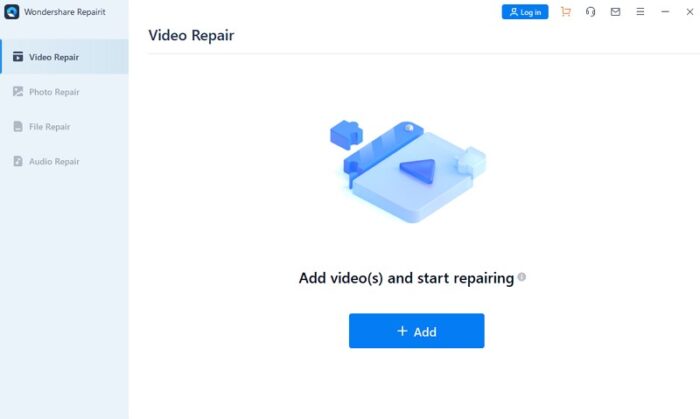 What sets Wondershare Repairit apart from its competitor is the excellent and easy-to-use features that facilitate you in repairing your corrupted files in a few simple steps. Let’s give a look!

No doubt that video repair is an essential feature of Wondershare Repairit, but it also promises an excellent outcome with its file repair feature. If you’re facing a corrupted file issue, such as a change in the layout of the file, unreadable or inaccessible content, or the file is unable to open, Wondershare Repairit can spot those errors and repair your file immediately.

It offers to repair your corrupted PDFs, Excel, Word, or PowerPoint files without modifying or erasing the original content. It supports numerous formats of files, so you can quickly repair your damaged file without compromising your data.

While recording or transferring a noteworthy podcast or a voice mail, audio files can get corrupted for unknown reasons. But, with the help of Wondershare Repairit, you can quickly restore your original file regardless of the source it’s been recorded or downloaded from.

It can repair your audio files from typical technical scenarios such as clipping, humming, rumbling, or sibilant audio. Wondershare Repairit supports all commonly used audio formats, including M4A WAC, ACC, FLAC, MP3, etc. Such file format diversity is not commonly found in other software.

It’s undoubtedly frustrating if your hard work gets ruined due to a mere corrupt error. But, with the Wondershare Repairit video repair feature, you might restore it to its original state. Wondershare Repairit video repair supports commonly used video formats such as MOV, MP4, MKV, and AVI. It also includes other popular formats, including M2TS, MTS, 3GP, FLV, MXF, KLV, and more, so you can quickly restore your corrupted videos.

Besides its basic mode, Wondershare Repairit offers an advanced video repair feature. You can repair complex or severely damaged files by providing a sample video file to work as a reference in restoring the video. You can even preview the video before saving it to ensure it’s been repaired. This gives much control to the user.

Photos can be damaged easily like the other file formats. Usually while transferring pictures from your phone or your digital camera can damage the images. Often photos cannot open after being transferred, but Wondershare Repairit can resolve these issues with a high recovery rate. Let’s give it a look!

Whether it’s a grey or white spot or pixel issue, Wondershare Repairit lets you restore your images with a quick process in a couple of minutes, and it supports all commonly used formats such as JPEG, PNG, JPG, CR3, CR2, NEF, NRW, RAF, DNG, ARW, GPR, TIF, TIFF, CRW, GIF, SR2, ORF. Its advanced repair feature lets you repair severely damaged images without compromising the quality of the photo.

If you’re looking for a quick video repair web tool that is free and does not require you to download any huge size software, then Wondershare Repairit Online Tool is an ideal choice for you. It’s easy to navigate with the aesthetic and easy-to-get web layout by which you can smoothly repair your damaged video files in a couple of minutes. Let’s continue!

Wondershare Repairit online version only allows video repair, and it offers various useful features which are free of cost. It supports all corrupted or damaged video files in MP4, MOV, and 3GP formats. This excellent online tool offers valuable features that are not easy to avail in any other online video repair tool. For instance, it allows you to repair a file up to 200 MB smoothly and let you fix up to 10 corrupted videos daily.

While Wondershare Repairit is highly known for its video repair feature, it also comes in handy when restoring other formats files. With its high recovery rate, you can undoubtedly rely on its services to recover your damaged files without losing or compromising on the quality or content. Wondershare Repairit repairs all minor and severely damaged audio, video, documents, and photos with numerous helpful features. You surely won’t be disappointed!