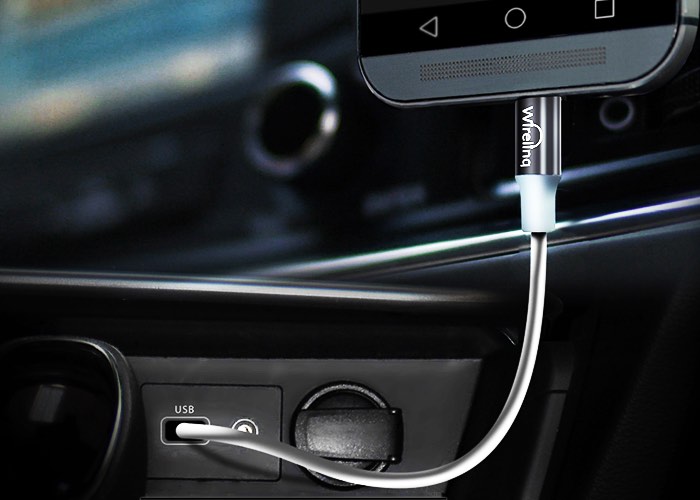 Android smartphone users that would like to listen to music whilst in the car, may be interested in a new plug and play car converter cable which has been created by GROM Audio based in Belmont California.

The USB car converter cable has been specifically designed for in car music collections and makes connecting your Android smartphone to your car stereo a simple task.

Watch the video below to learn more about the Smart Android USB Car Converter Cable which is now available to back via Kickstarter with super early bird cages starting from $29.

The creators of the cable explain a little more about its inspiration and use:

For the average Android user, connection between their phone and car has always been a challenge. Dating back to 2008, many cars, equipped with the USB port, are able play music from a flash drive or iPhone. The connectivity for the Android user is limited at best. With you in mind, we at GROM Audio have created a solution! With our smart USB Android car cable adapter – Wirelinq – you will have full control.

Wirelinq is a smart USB to Micro USB (Android) cable. Connecting the car USB port and your Android phone, Wirelinq fully integrates your phone to the car stereo system for music, controls and charging.

Wirelinq has a smart chip with GROM’s proprietary algorithm inside its USB connector. Using Android Open Accessory 2.0 (AOA 2.0) protocol, available on all Android phones with OS system 4.1 and newer, Wirelinq enables your phone to communicate to the car stereo easily. As the result of such “handshake” your stereo is able to play the music directly from your phone and display the text, titles and cover art. No matter if the music is streamed or stored on your device.