UC Technology Corp. based in Japan has unveiled a new line of wireless Tsubuyaku Sensors that can send data ranging from temperature, humidity, illuminance, or radiation levels directly to a Twitter account.

The Tsubuyaku Sensor as it has been named has been mainly designed for use in factories, food warehouses and wine cellars, and enables uses to easily remotely check the status of the sensors via Twitter. Watch the video after the jump to see it in action. 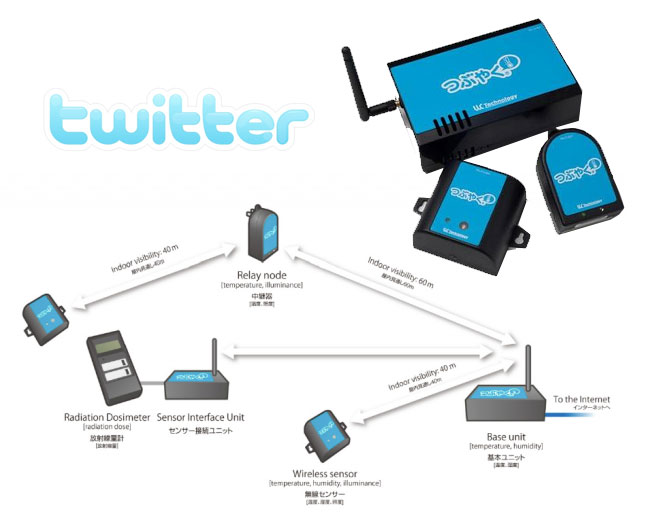 “This wasn’t planned at first, but we’ve made a unit that can be connected to a commercially available radiation meter. This enables the Tweeting Sensor to post radiation data to Twitter. If lots of people post their readings, it would be possible to create a detailed radiation map.

The connection range is about 40 m, but if you want to make measurements even further away, there’s a relay unit as well. That’s used by plugging it into a wall socket and it extends the range to 60 m.”