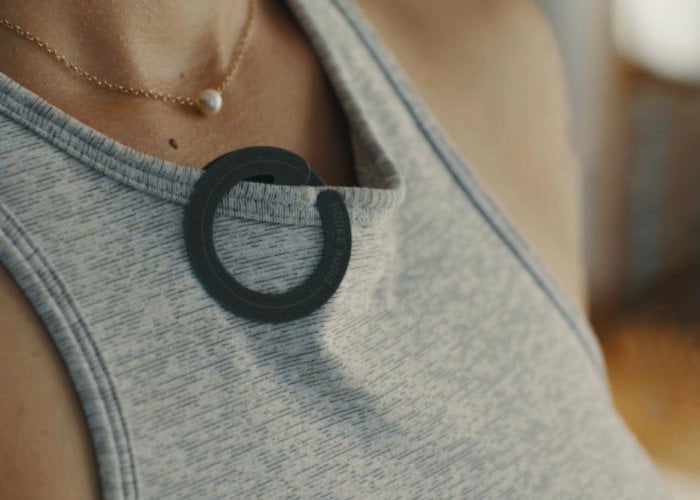 Anyone searching for a small wearable wireless microphone offering professional grade, may be interested in a new Kickstarter campaign for the Hooke Lav. Developed by a team based in Chicago, the wearable microphone offers studio quality sound and is capable of capturing “dropout free” audio with one click. 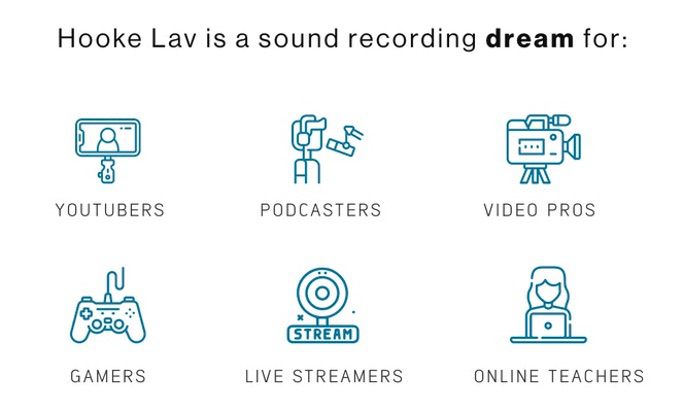 Early bird pledges are now available for the unique project from roughly $109 or £86, offering a considerable discount of approximately 39% off the recommended retail price, while the crowd funding campaign is under way. If the Hooke Lav wearable wireless microphone Kickstarter campaign is successful and production progresses smoothly, worldwide shipping is expected to take place sometime around April 2021. To learn more about the Hooke Lav wireless microphone project watch the promotional video below.

“Hooke Lav is a wireless microphone that captures pro-grade sound with no wires, no dropouts and no hassle. The Bluetooth lav has 8GB of internal storage and connects to any device with the click of a button. This slick, minimalist microphone maximizes your freedom to record with no setup necessary! It’s the first truly wireless device to send high quality audio over Bluetooth at low latency. The stylish, clip-on gives you professional quality audio recording in the studio, on the go and out in the wild. It eliminates wind noise, cuts the cord and, thanks to its internal storage, picks up every second of audio even if Bluetooth cuts out. “ 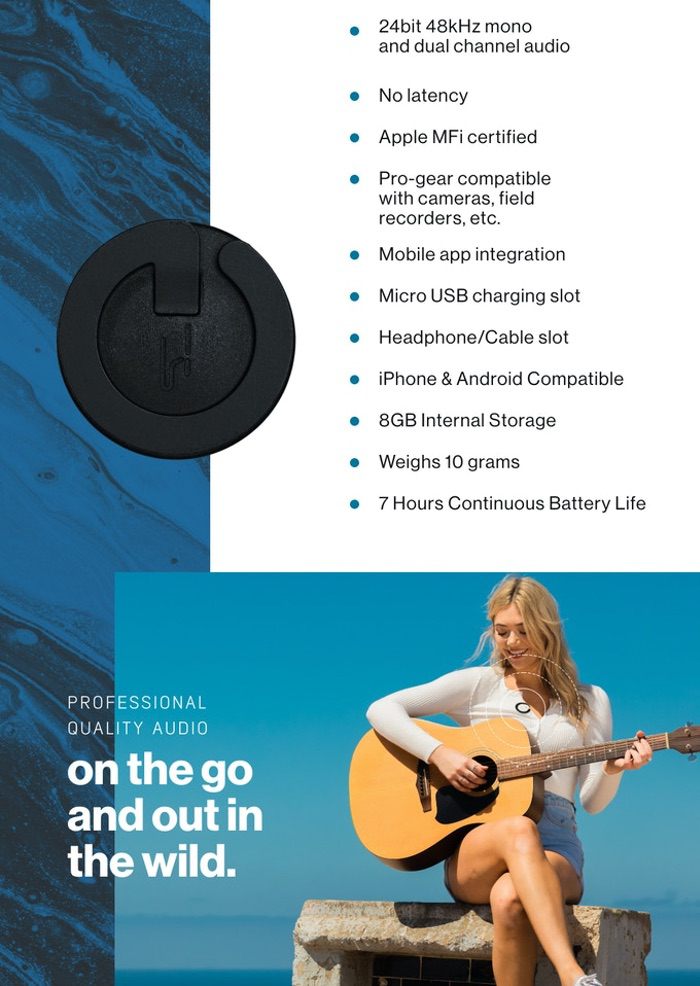 “Smartphone cameras have been upgraded year after year, but their mics still don’t measure up, leaving you with subpar sound on crystal-clear videos. The same goes for mics on DSLR cameras and laptops—the quality isn’t there! The only way to improve sound quality is upgrading to a better microphone, but that often requires sizable funds, technical know-how and a learning curve. And on top of that, most “quality” lavalier microphones on the market have messy cords or bulky design. “

Android and iOS are not (yet) natively set up to receive the companies proprietary Bluetooth recording codec, so the team use their mobile app to make the handshake with your phone and recording codec. 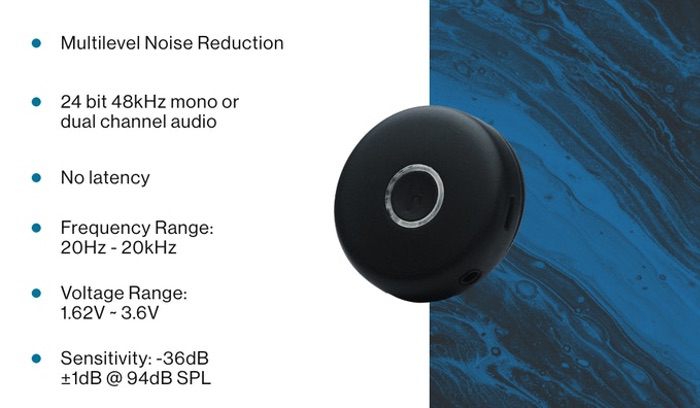 For a complete list of all available special pledges, stretch goals, extra media and detailed specs, jump over to the official Hooke Lav professional wearable wireless microphone crowd funding campaign page by following the link below.