The leaks are gaining their pace and will continue until it’s officially announced by Microsoft. Recently, the highly rumored Action Center got leaked, giving us a video demonstration of how this feature works. 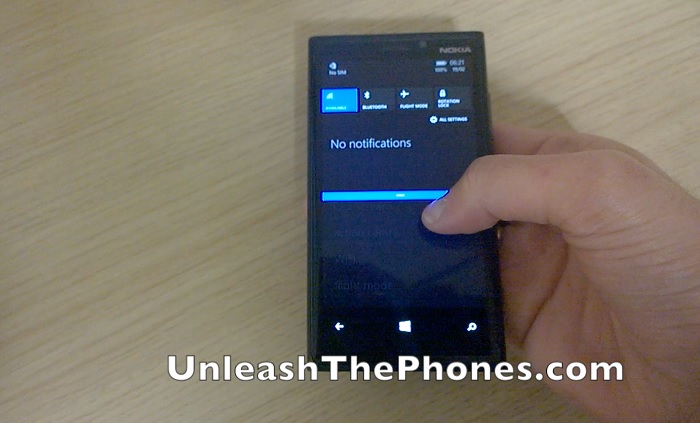 If you don’t know, the Action Center comes up when you swipe from top to bottom, and shows you four toggles that allows users to turn on/off WiFi, Bluetooth, airplane mode and more. In addition, it will also show users the notifications from different applications such as messages, missed call alerts and more. Users can also go to All Settings from the Action Center.

Here’s the complete video for your viewing pleasure:

The video appears to be legit, and the folks at WPCentral also believes it the real deal, although its an old build, which means that Microsoft could add more features to it once it gets official. Microsoft is rumored to launch the Windows Phone 8.1 in April at the annual Build 2014 conference, with the public release a few months later for existing devices.