Windows 7 has steadily been growing users and has now reached its 10% usage milestone in 5 months. Almost a year faster than its Vista predecessor which took 16 months to gain a 10% usage share.

Windows 7 is expected to move above Vista in June this year, with Vista appearing to be a on a fast downward slide, together with the older but stronger Windows XP. 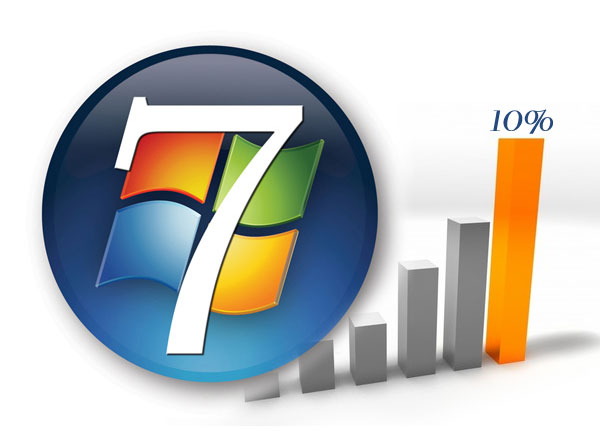 70% of all windows computer users are still running Windows XP, even though in 3 years Microsoft will be pulling the plug on support during April 2014.

Meanwhile Mac OS X has rebounded a little last month to 5.3%, with the largest increase since December 2008, after a decline in the previous three months.