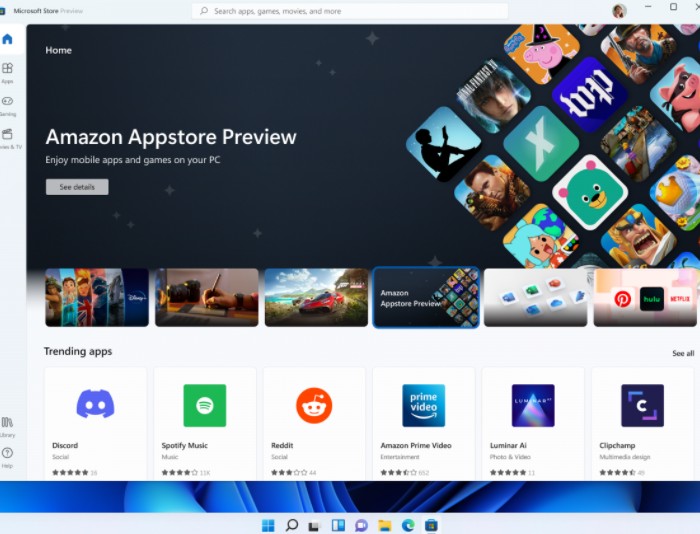 Microsoft has today announced the very first preview of Windows 11 Android apps is now available via the Windows Insiders in the Beta Channel in the U.S. the new preview allows you to experience Android apps on Windows for the first time. Simply open the new Microsoft Store and find a selection of mobile apps that were not previously available on the Windows operating system.

“Windows is the most open platform on the planet for creators. Part of living our commitment to openness is welcoming partner technologies and content that deliver powerful experiences. And what makes Windows, well, Windows is the variety of apps available. So, with Windows 11, we announced a new Microsoft Store to showcase the best experiences from developers, a flexible and transparent commerce model, and the introduction of Window 11 Android apps.”

“Running apps and games on Windows 11 will feel familiar, effortless, and integrated – just as you would expect. You can easily run these apps side-by-side with the help of the new Snap Layouts feature, pin them to your Start menu or Taskbar, and interact with them via mouse, touch, or pen input. Android apps are also integrated into Alt + Tab and Task view to help you quickly move back-and-forth between the apps that matter most to you. You can see notifications from apps notifications in the Action Center or share your clipboard between a Windows app and an app. We have built the experience with accessibility in mind; many Windows accessibility settings apply to Android apps and we are working with Amazon to deliver more improvements.”