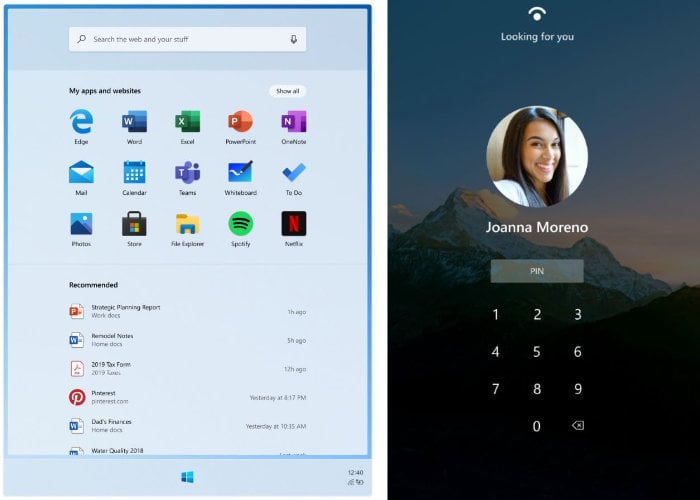 To accompany the launch of the new Microsoft Surface Neo dual screen tablet, a new operating system is being created in the form of Windows 10X. This week documents written for developers, have revealed a few more details about the as yet and announced Windows 10X specifically designed for dual screen PCs.

As you would expect from its name the new Windows 10X operating system will run very similar functions to its desktop counterpart and will support legacy applications, together with Windows Store or “Universal Windows Platform” apps. One big change is the taskbar which is now named the Launcher, and the lock screen and quick settings have also been tweaked for the new OS.

The leaked documents explain a little more about the Lock Screen, revealing it works very similar to Apple’s Face ID facial recognition software. “When the screen turns on, you are immediately brought to a state of authentication; unlike Windows 10 where you first need to dismiss the Lock Curtain before authenticating.”

The Windows 10X Launcher features a search bar at the top, an app and website grid below it and recommendations located at the bottom. While the taskbar offers an “evolution of what we have in Windows 10 today” says Brad Linder over at the Liliputing website where more details on the leaked documents are available.

As soon as more details are officially announced for the new Windows 10X operating system and supported devices we will keep you up to speed as always. It will be interesting to see whether it is made available for smaller mini PCs such as the Raspberry Pi similar to that of the Windows IoT core operating system.