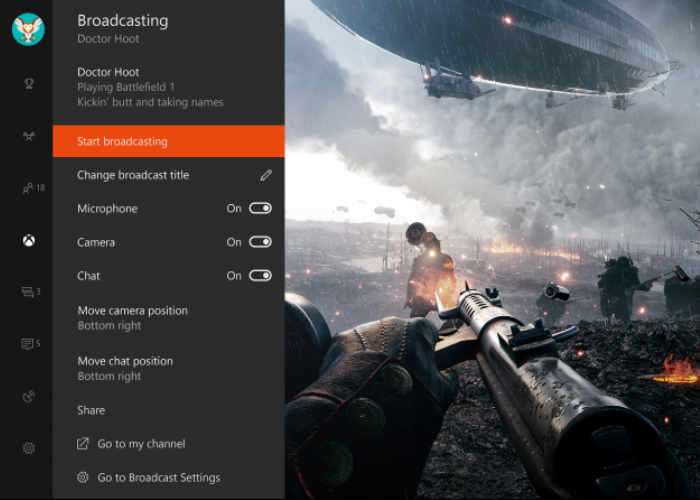 This week Microsoft is rolling out the latest Creators update to Xbox and Windows Insiders enabling them to get a first hand try of the new Windows 10 Game Mode and Beam streaming features.

The new update is available to anyone who has subscribed to the Xbox and Windows Insider Programs and will be rolled out later this week with additional features expected to be released on consoles shortly afterwards.

The roll-out follows on from the initial release to select Insider members, who got their hands on the newly updated Home, Guide, and multitasking enhancements for the Xbox One and Xbox One S consoles..

Major Nelson explains a little more about the two major features rolling out in this week’s Creators Update in the video below.

– Game Mode (Windows 10 PC): Last year, we set out to make Windows 10 the best Windows ever for gaming. With Game Mode, it’s our goal to now take things a step further to make the gaming experience on Windows even better. Our vision is that Game Mode optimizes your Windows 10 PC for an improvement in overall game performance.

The upcoming Windows Insider build represents the first step on our journey with Game Mode. To enable Game Mode for your Win32 or UWP game, pull up the Game bar (Windows key + G) and click on the Settings button. There you’ll be able to opt the running game into using Game Mode. We’ll have additional details about Game Mode to share throughout Insider testing, so stay tuned.

– Built-in Beam streaming (Xbox One, Windows 10 PC): Beam is the easiest and quickest way to stream gameplay, and it’s part of Insider builds coming later this week on your Windows 10 PC, with Xbox One functionality releasing to preview soon. For the creators out there, we wanted to make it easier for you to start your live game streams without any delays so you can quickly connect and engage with your viewers no matter where they are. On Beam, streams have under one second of delay; using our brand new streaming protocol dubbed “FTL”, you can interact with livestreams as if you were in the same room as the caster. What’s more, any stream can incorporate simple interactive features such as sound boards.

Coming later this week on Windows 10 PCs, you can start Beam broadcasts by pulling up the Game bar — Windows key + G. And coming soon on Xbox One, you can also begin streaming directly from inside the Guide. The ability to manage your Beam broadcasts and interact with fellow gamers on chat will appear as overlays