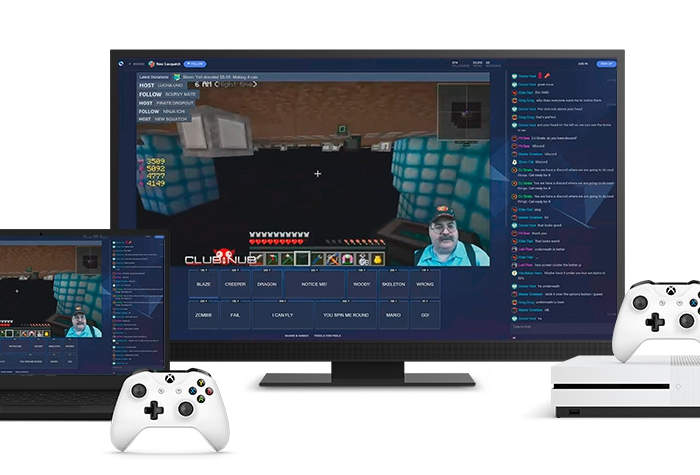 As well as unveiling a range of new hardware to the world today in the form of the Surface Studio desktop system and Surface Dial accessory. Microsoft has also announced a new software release in the form of the Windows 10 Creators Update, which will be a free update rolling out in early 2017.

The Windows 10 Creators Update includes a wealth of new features that have been added to empower users to “create and share their experiences with others”, says Microsoft.

One feature that Microsoft has added is Beam integration which will make game broadcasting even easier and more interactive. Microsoft explains a little more about a couple of the new features in the Windows 10 Creators Update :

Today, gamers on Windows 10 PCs can enjoy seamless access to gaming features via Game bar (by pressing Windows key and G) like Game DVR, making it easy to share your epic gaming moments with your friends via Xbox Live. We’re excited to announce that, with the release of the Creators Update in early 2017, Game bar will allow gamers to start a Beam broadcast for any game almost instantly.

By bringing Beam to Xbox, we’re creating more interactive gaming experiences for both the player and the viewer on Xbox One and Windows 10 PCs, allowing you to watch live game streams and give you the ability to interact in real time with broadcasters. Best of all, Beam technology will be built right into Windows 10 and Xbox One, so anyone can become a game broadcaster.

Arena on Xbox Live (available in Preview today) brings the healthy fun of competitive gaming to everyone, regardless of skill-level. Today, we announced gamer-created tournaments are coming to Arena on Xbox Live, allowing you easily define the rules of competition by setting your tournament style, inviting friends and tracking tournament progress seamlessly across your devices, whether it’s on Xbox One or Windows 10. Creating and managing your own tournaments on Xbox Live has never been easier.

For more information on the new Windows 10 Creators Update jump over to the official Xbox website for details by following the link below.