Looking very suspiciously like the recently launched Dyson Fan this 2009 award winning Wind Circle concept uses the principles of fluidics and uses a centrifugal wind driver that blows air from a circular band, so that the air in a room can be circulated more widely. 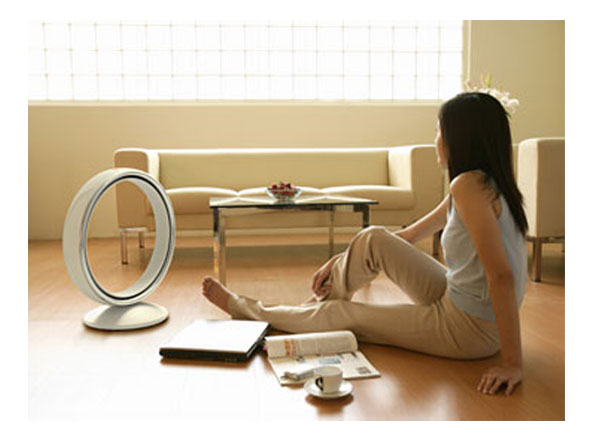 We just got an email from the guys over at Dyson, and it looks like the Dyson Air Multiplier fan was designed first in 2008, here is what they had to say about it.