Dyson the creator of the well know vacuum cleaner has just launched the worlds first bladeless fan. The Dyson fan has no blades which means no need for a grille and it’s safe and simple to use and clean. Air is drawn into the base of the machine.

The air is forced up into the loop amplifier and accelerated through the 1.3mm annular aperture, creating a jet of air that hugs the airfoil- shaped ramp. 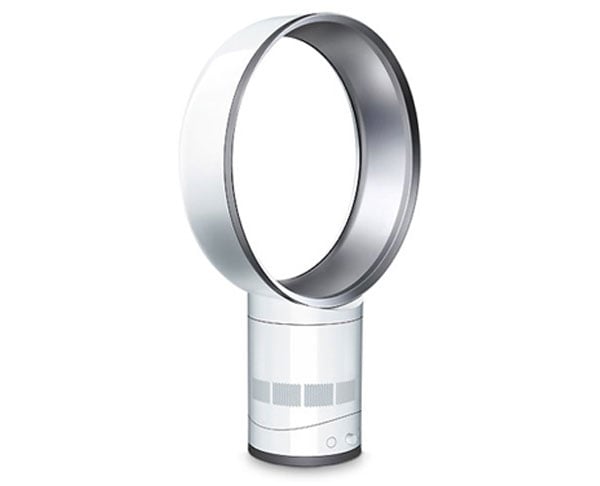 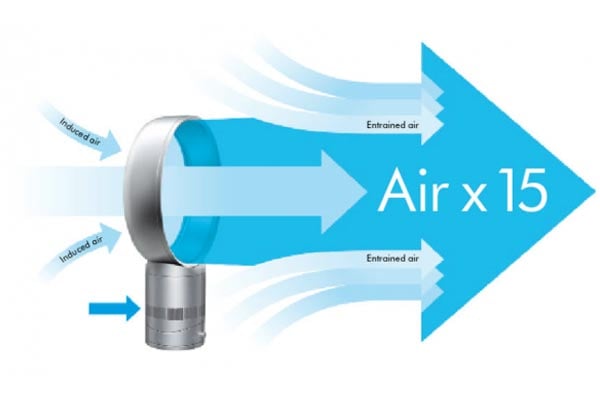 The benefits of this tech are that there are no nasty blades to get fingers caught up in, but also that there’s no “buffeting” — that on-off gush of air caused by fan blades unceremoniously chopping up the air into inelegant segments.

“We realised that this inducement, or amplification, effect could be further enhanced by passing airflow over a ramp,” says Dyson. “And of course this was the point where the idea of a bladeless fan became a real possibility. Here was a way to create turbulent-free air and finally do away with blades.”

How it works: inducement and entrainment

Air is drawn into the base of the machine. The air is forced up into the loop amplifier and accelerated through the 1.3mm annular aperture, creating a jet of air that hugs the airfoil- shaped ramp. While exiting the loop amplifier, the jet pulls air from behind the fan into the airflow (inducement). At the same time, the surrounding air from the front and sides of the machine are forced into the air stream (entrainment), amplifying it 15 times. The result is a constant uninterrupted flow of cooling air.

Via Techeblog Via Engadget

I have added a video with the inventor James Dyson explaining how it works.

Thanks for the video link who ever added it to the comments.

Make sure you check out our review of the Dyson Bladless Fan.