Some of our readers will remember the Dyson Air Multiplier Fan that we featured on the site back in October last year, we have been lucky enough to get our hands on a review unit to see what the fuss was all about. 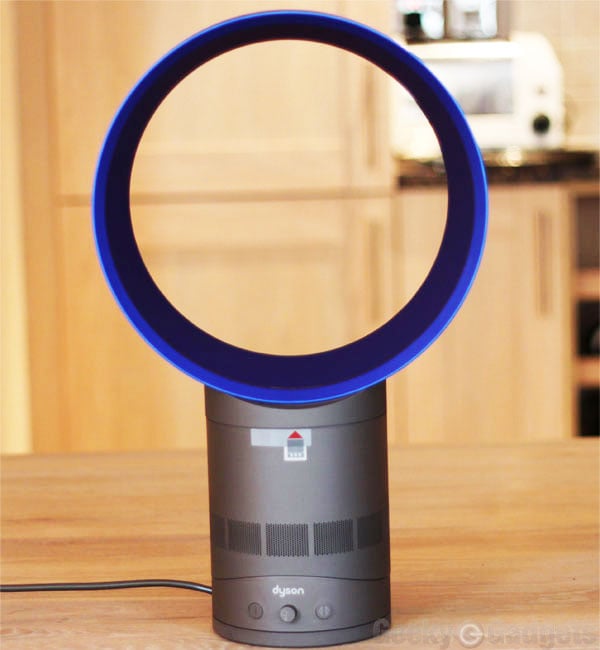 The Dyson Air Multiplier Fan doesn’t have any blades, which means it is completely different from your standard house fan, and it features a unique design that uses air multiplier technology which was developed by Dyson. 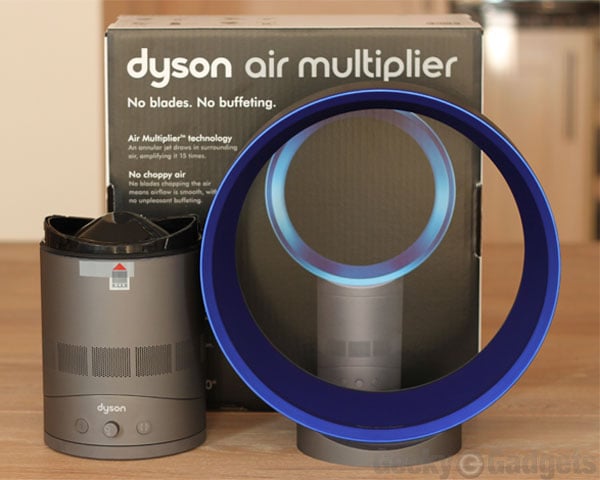 The air is pulled into the bottom of then fan, the air is then sent out through a tiny slit around the edge of the fan ring, and that air coming out pulls more air with it which ends up being around 16 times the amount of air the fan pulls in.

The fan comes in two parts, as you can see in the photo below, the one we tested featured a blue and silver design, it also comes in a couple of other colors which include white and silver, and silver iron. 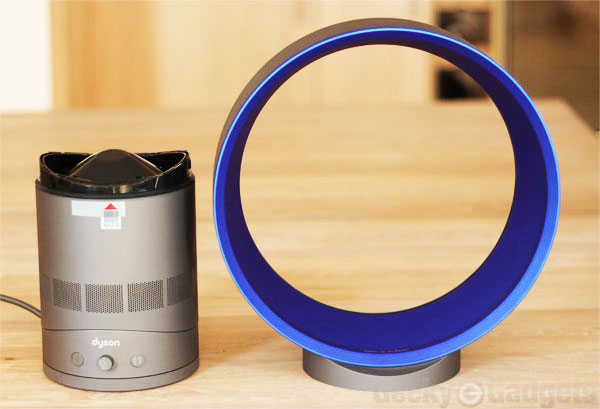 On the front of the fan there are three controls, one for power, another to turn up the speed of the fan, and the third button on the right which lets you set the fan to turn right or left. 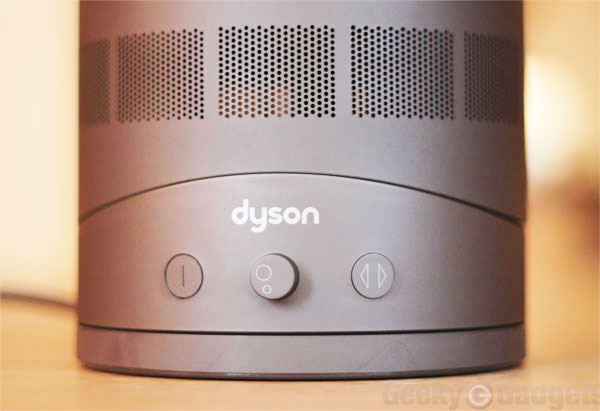 The Dyson Air Multipier fan can also be angled up and down so you can control the direction of the air flow, this can be seen in the next photo. 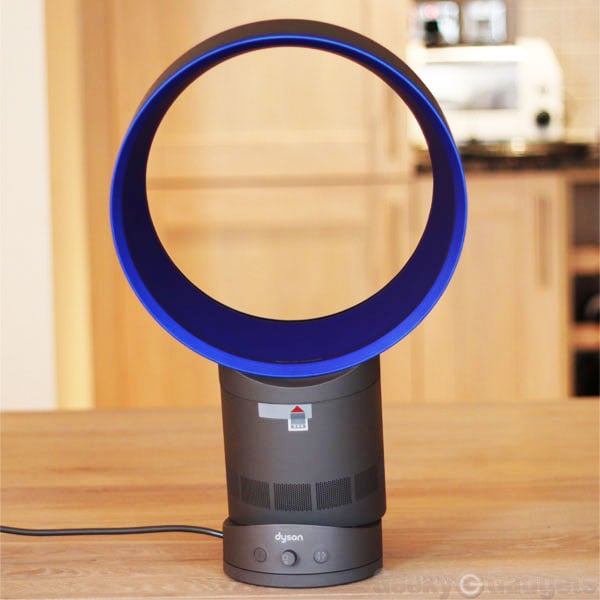 Overall, i love the design of the Dyson Fan, it is very innovative and the fact that it has no blades is really cool. The air that comes out of the fan is very impressive, and I would say it is quite a bit more powerful than you standard household fan. 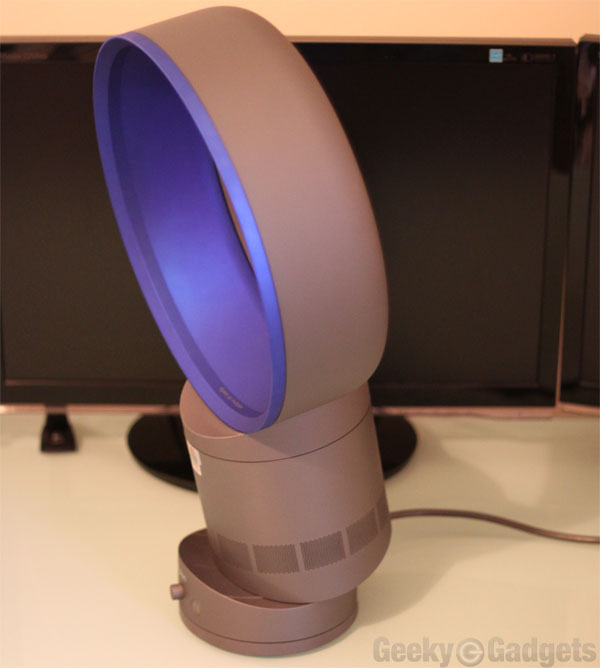 To be honest I love it, this is one of the coolest fans I have seen, and I would definitely buy one if it wasn’t for one thing, the price, it is expensive.

The Dyson fan costs £199 about $300 for the 10 inch model, which is quite a bit more than a standard household fan, of course you get a funky design, and no blades, but does it justify the high premium? 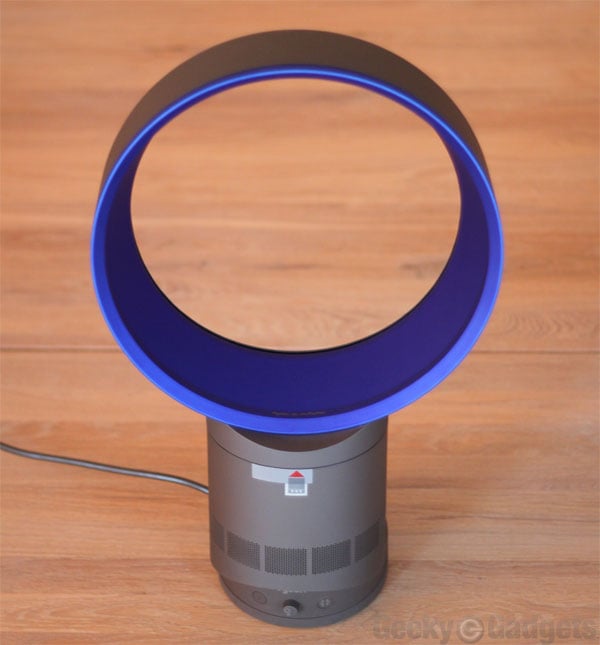 If the Dyson fan had been half the price, then I would  buy one, and wouldn’t mind paying that sort of premium for such a cool device, but it is just too expensive for a household fan.

Lets hope the prices come down over the next couple of years, as I would get one for the right price, if you want one they are available from Dyson.