WinAmp has now arrived on the Android. WinAmp was originally released by Justin Frankel back in 1997, when its popularity quickly grew and WinAmp became the predominant MP3 media player at the time.

First impressions of the new Android app that is still currently in beta are very promising. So much so that Artem over at Android Police after just 15minutes of using the app. Set it as his default and removed all other players. 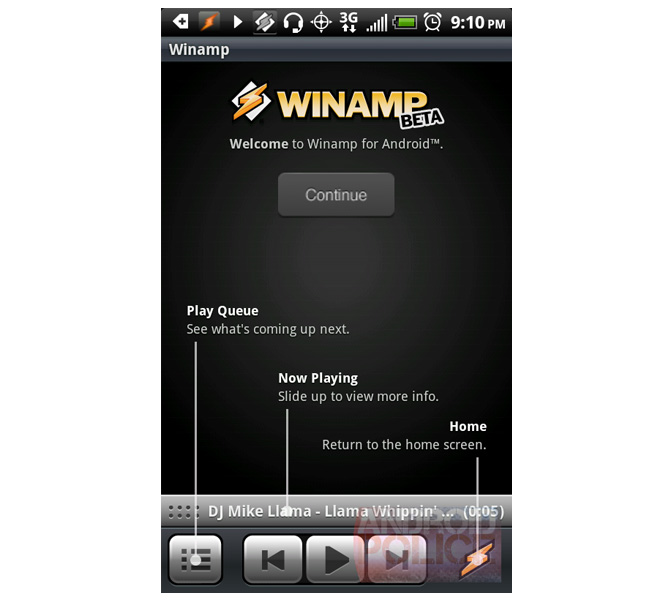 The new WinAmp app allows you to syncing with your desktop copy of Winamp via USB or WiFi and features a nice lock screen widget. Together with the expected features such as adding files to a playlist by enqueueing, widget support, persistent audio playback controls, play-list shortcuts to name a few.

You can read Artem’s full hands on review of the beta version of Android WinAmp over at Android Police. Have a look and our article on Android vs iPhone to see which smartphone and mobile platform is best for you.