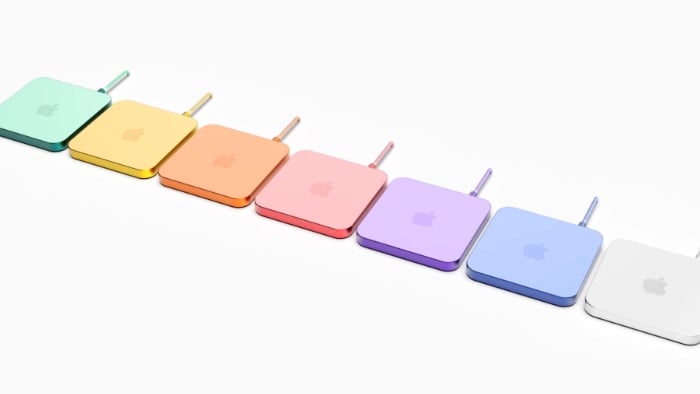 We have been hearing rumors about the new Mac Mini for some time, this device will get a new design and will come with the latest Apple Silicon processor and more.

Apple has a range of new Macs coming this year, we are expecting to see the first of these next month with a new 13 inch MacBook Pro.

The new Mac Mini is expected to launch sometime later in the year, possibly at WWDC 2022 in June and now we have some more details on the design of the device. The video below from ZoneOfTech gives us a look at a possible design for the device.

The design featured in the video is based on renders that were previously revealed by Jon Prosser, the top of the Mac Mini will have a glass top.

We hope that Apple releases the new Mac Mini in the colors featured above, these are the same colors that Apple uses for the 24 inch iMac.

There are also rumors that the updated Mac Mini will be a powerful device, so it could come with the M1 Pro and M1 Max processors or their equivalent in new M2 processors.

2022 is going to be an interesting year for the Mac as Apple has a wide range of new Macs on the way and we are looking forward to finding out more details about them.