If you fancy yourself as a bit of an artist then the new THQ uDraw GameTablet for the Wii could add a little fun to your console.

Console art games in general have never been as popular or as wide spread as Pictionary by Hasbro or a few of the other non digital board games on the market. But THQ is hoping that its new GameTablet can help change that. 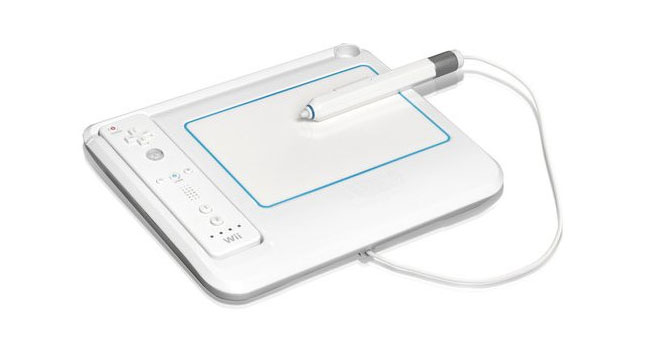 The Wii uDraw GameTablet comes complete with its own THQ game to get your started uDraw Studio. THQ is also working on a platform art style game called ‘Dood’s Big Adventure’ and a digital version of Pictionary that sounds quiet exciting.

The THQ uDraw GameTablet allows you to slot in your Wii controller to connect via wifi to the console.

The uDraw Game Tablet will retail at $69.99 when it ships near the end of the year, with games costing a reasonable $29.99 and THQ promises more games in 2011.