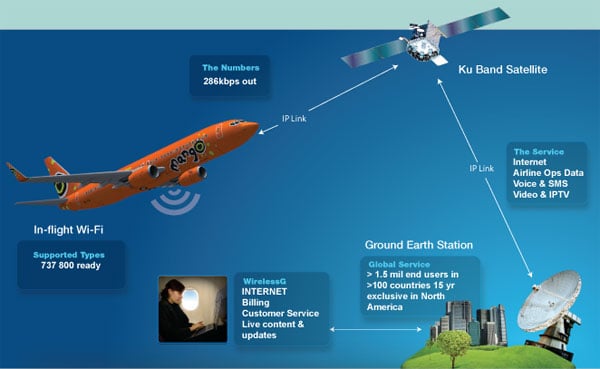 On May 9th, 2013, the Federal Communications Commission said they’re planning on auctioning the right to use new airwaves that would improve in-flight Wi-Fi connections. The overall goal is to provide Wi-Fi that is equal to – or even better than – the connection most people experience in their own homes.

The new method of in-flight works by allowing better contact between the plane and the ground, and would allow internet service providers to share airwaves with satellite communication companies. The vote to move forward with auctioning off such licenses ended up unanimous, although it’ll still likely take years for better Wi-Fi to actually get off the ground.

Currently about twenty-five percent of all US flights offer Wi-Fi service, with another twelve percent currently testing or undergoing a trial run of the service on some of their flights. Offering a Wi-Fi service in-flight costs a company a lot of money and – to be completely honest – is not really worth the trouble due to how crappy the Wi-Fi is.

The main problem now will be cost. The Federal Communication Commission did not mention how much they planned to sell the licenses for and are still unsure about how many they plan to sell. While the current transition to a world that is always online has left many people desperate for an internet connection during their flights, many people already opt not to use the service simply because of the cost.

How much would you be willing to pay to be able to connect to the internet in-flight?