We submitted our Geeky Gadgets iPhone App to Apple for approval about three weeks ago, I have just received an email from our developer which explains why the app hasn’t been approved.

Apple want us to remove the contest section from the application, which links to the contest category on Geeky Gadgets, and their reason behind this is that they cant guarantee the validity of the contests, and for legal reasons it has to be removed. 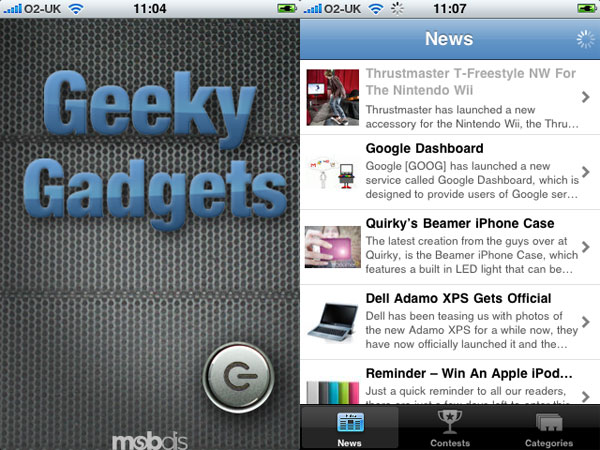 I have to admit I am pretty annoyed with Apple, especially seeing some of the apps that are in the App Store at the moment, they have also said that if they notice a contest blog post in the app it will have to be deleted from the server.

So we will be re-submitting the app to Apple shortly, and are hoping that it will be approved soon, in a somewhat stripped down format from what we had originally planned.

I know for a fact that there are other apps in the Apple App store that I currently use on my iPhone, from other technology websites, who run contests and their contest posts appear in their iPhone Apps.