It looks like Sprint will be the latest carrier to get a white version of the Samsung Galaxy S II smartphone, which is known as the Samsung Epic 4G Touch on Sprint.

The photo below shows the device in white, which was obtained by the guys from, Pocket Now, and it is expected to retail for around $200 on sprint, the same price as the exist ring black version that is available. 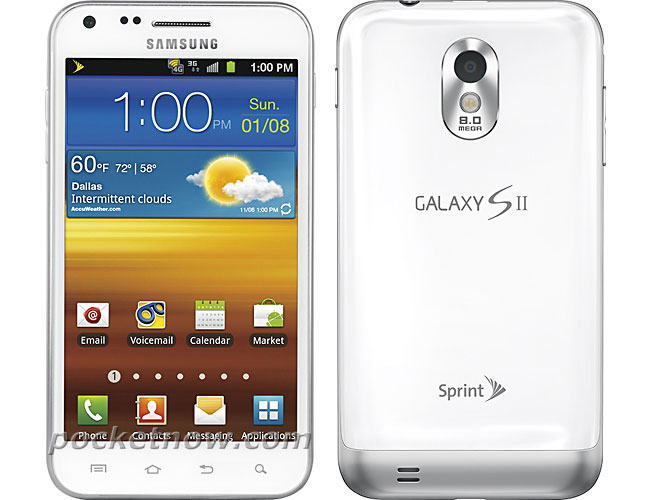 There are no details as yet on when the white Samsung Epic 4G Touch will e available on Sprint, as soon as we get some more information we will let you guys know.