It looks like Google is going to be releasing a white version of their new Nexus 4 smartphone, as the handset is now available to pre-order from UK mobile provide Talk Talk.

The white Google Nexus 4 shares the same specifications as the black version, which include the latest version of Google’s mobile OS, Android 4.2 Jelly Bean. 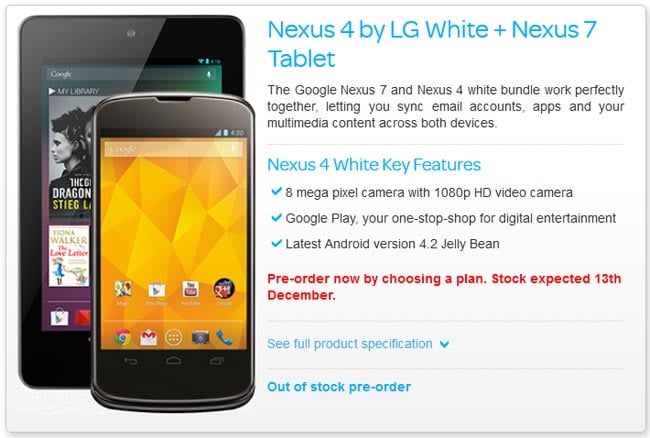 The Google Nexus 4 features a a 4.7 inch display with a resolution of 1280 x 768 pixels, processing is provided by a Qualcomm Snapdragon S4 pro processor clocked at 1.5GHz, it also feature 2GB of RAM and a choice of either 8GB or 16GB of storage, there is no microSD card slot.

You can now pre-order the white version of the Google Nexus 4 from Talk Talk and it is expected to be available from the 13th of December, it is available on contract and comes with a Google Nexus 7 tablet.