How much do you think it costs? It isn’t the product of a luxury brand nor does it target the upscale market. But it will set you back a considerable amount of money. 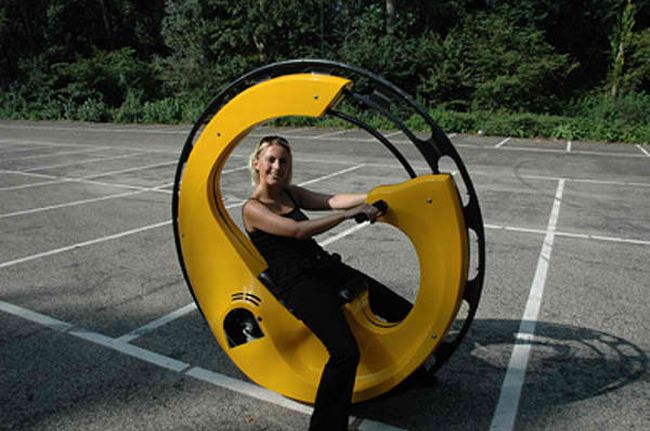 As indicated in the picture above, the passenger rides inside and leans toward the direction he/she wishes to go. There’s a handle brake too but the passenger can also lean back for a quick screeching stop.

If you’re wondering how the Wheelsurf runs it’s pretty simple—three smaller gears attached to the engine propel the giant blade that runs the vehicle. As you may have noticed the blade is designed in such a way that its width doesn’t obstruct the passenger’s view.

The Wheelsurf runs on a 21-cc Honda engine and can reach 25mph. That doesn’t put it on the same league as your favorite superbike but we’re thinking the Wheelsurf is better put to use somewhere fun and relaxing, like a park.

Having laid down the facts, the awful truth is this awesome ride will set you back $7,000 plus another grand for shipping.