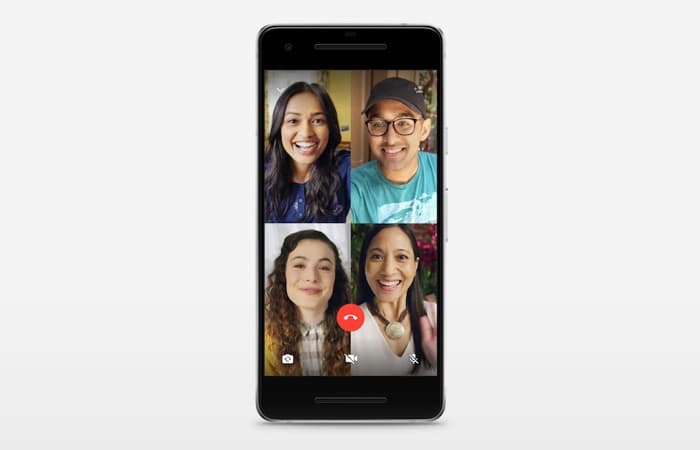 As well also group video calls you can also make group voice calls for up to four people at the same time.

Over the last couple years, people have enjoyed making voice and video calls on WhatsApp. In fact, our users spend over 2 billion minutes on calls per day. We’re excited to announce that group calls for voice and video are coming to WhatsApp starting today.

You can make a group call with up to four people total – anytime and anywhere. Just start a one-on-one voice or video call and tap the new “add participant” button in the top right corner to add more contacts to the call.

You can find out more details about the WhatsApp Group video calling feature over at the companies website at the link below. The new feature should be available for your device in the latest update.