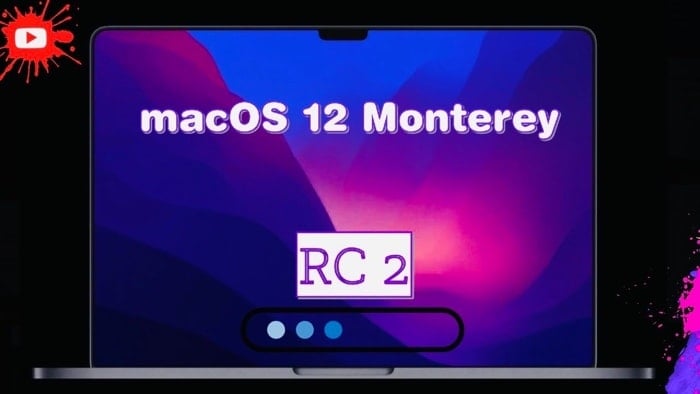 Next Monday we will get the final version of macOS Monterey as Apple has confirmed that the Monterey release is coming on the 25th of October.

The new macOS Monterey software will bring a range of new features to the Mac, this includes the new SharePlay feature that is also headed to the Apple TV and the iPhone and iPad. This new feature will let you listen to music and watch TV shows and movies with your friends over FaceTime.

Another new feature that is coming in macOS Monterey is Universal Control, this feature lets you use your Macs keyboard and mouse with your iPad when it is placed next to your computer. Apple has said that this will not be available in next weeks release, it will be added later on this fall.

As we can see from the video the macOS Monterey Release Candidate 2 fixes some bugs that were discovered in the first version.

As soon as we get some more details on what time the macOS Monterey software update will be released next week, we will let you guys know.