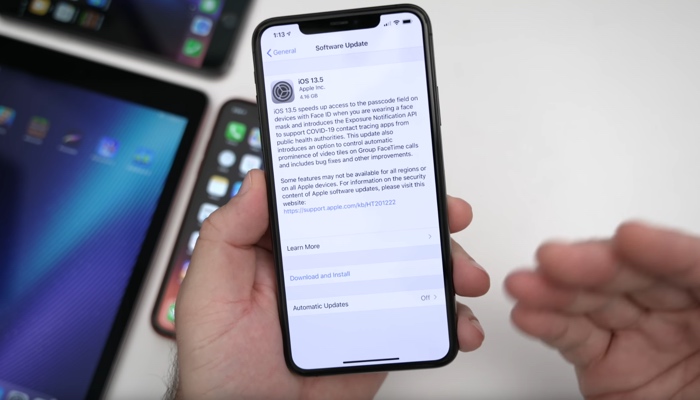 Apple has now released the Gold Master version of iOS 13.5 to developers, this is the final version of the software that will be released to everyone.

Now we get to have a look at the iOS 13.5 GM in a new video from Zollotech, we get to find out what the final version of the software will be like.

As we can see from the video there are a number of new features in the new iOS 13.5 software, this includes Apple’s new contact tracing feature for COVID-19 and more. It also comes with a range of bug fixes and performance improvements.

The COVID-19 feature is an important one so we suspect that Apple will be looking to release this software update as soon as possible.

We are expecting the update to land either some time this week or early next week. As soon as we get some more information on when this update will land we will let you guys know.