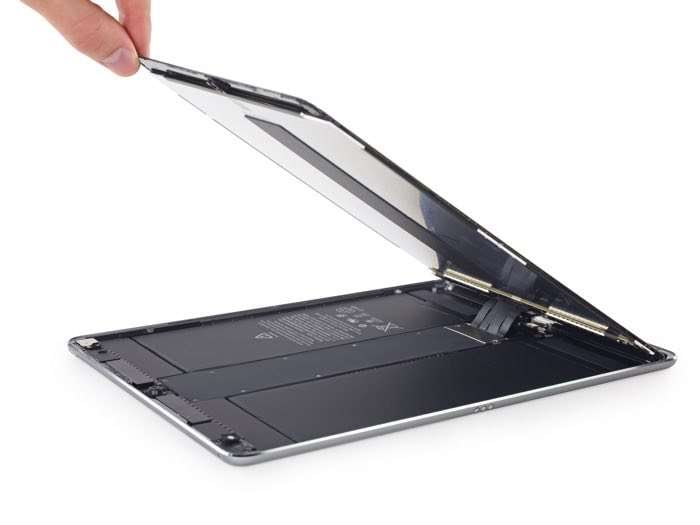 We saw a video of the new iPad Pro 10.5 in action earlier today and now we get to find out exactly what is inside Apple’s new iPad Pro.

The guys over at iFixit have taken their screwdrivers to Apple’s new iPad Pro 10.5, we already know the majority of the specifications on the device.

The new iPad pro is powered by Apple’s A10X processor and comes with the M10 motion coprocessor, the device also comes with a choice of either 64GB, 256GB of 512GB.

The tablet also features a 12 megapixel rear camera and a 7 megapixel front camera, what we do not know is how much RAM the tablet comes with, Apple does not announce the RAM on their iPads when they are made official. 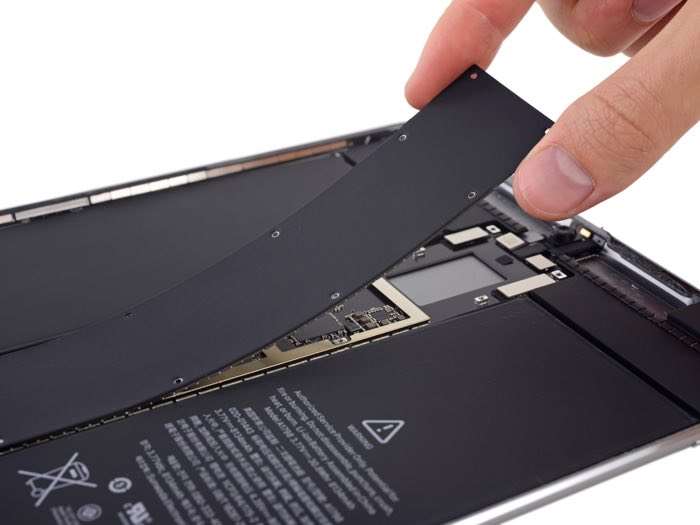 The good news is that the guys from iFixit have discovered that Apple’s new 10.5 inch iPad Pro comes with 4GB of RAM, the device features two 2GB LPDDR4 RAM chips.

This is double the 2GB of RAM that was in the 9.7 inch iPad Pro that this model replaces, the previous 12.9 inch model came with 4GB of RAM, as yet there are no details on whether the new 12.9 inch model gets more RAM than the 10.5 inch tablet.

The guys from iFixit score devices on a scale of 1 to 10 10 is very easy to repair and 1 is very difficult, Apple devices usually have a low score which means they are difficult to repair. 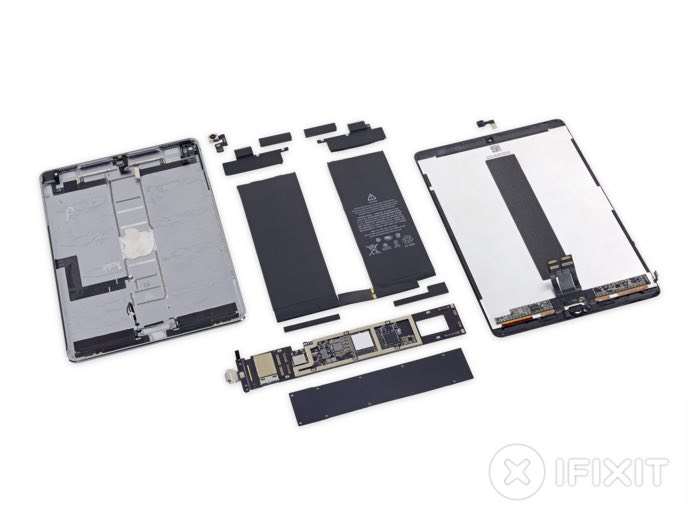 The new 10.5 inch iPad Pro score 2 out of 10 on iFixit’s repair index, this means that Apple’s new tablet, like previous models is fairly hard to repair, you can find out more details at the link below.