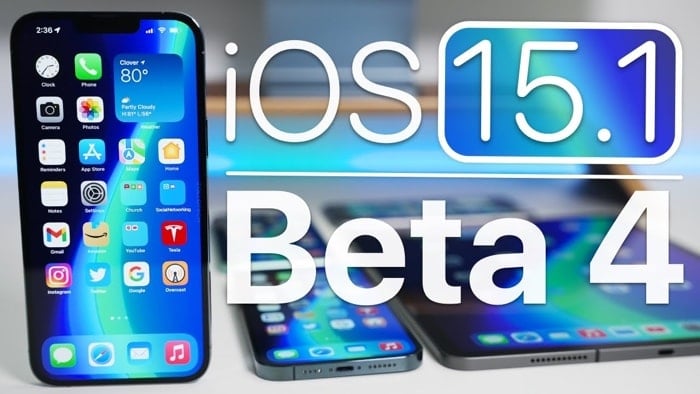 We are expecting these updates to be made avilable to public beta testers soon and now we get to find out what is new in iOS 15.1 beta 4. The video below from Zollotech gives us a look at the changes and updates in the latest beta.

As we can see from the video there are a number of new features coming to the iPhone with this software update, it will also bring a range of bug fixes and performance improvements.

This update introduces the new SharePlay feature that was delayed in the iOS 15 release. SharePlay is designed to let you listen to music, watch TV shows and movie with your friends over FaceTime. You will also be able to watch or listen to the exact same content at the same time. It also brings some new features to the iPhone 13 Pro range including the ProRes feature.

There is no exact release date for the iOS 15.1 and iPadOS 15.1 software updates, as this is the fourth beta we will probably see two more betas and then a final release, so the update could possibly land around the end of October.