Recognize it yet? Nope? The big reveal comes after the jump. Apparently, the pen seen below has quite a story behind it. There’s a Japanese connection for sure, but the trail of clues goes farther and deeper. First, it was initially spied in a Milan design exhibition some time ago. What caught the eye of those in attendance was the small stamp embedded on its bulbous head. 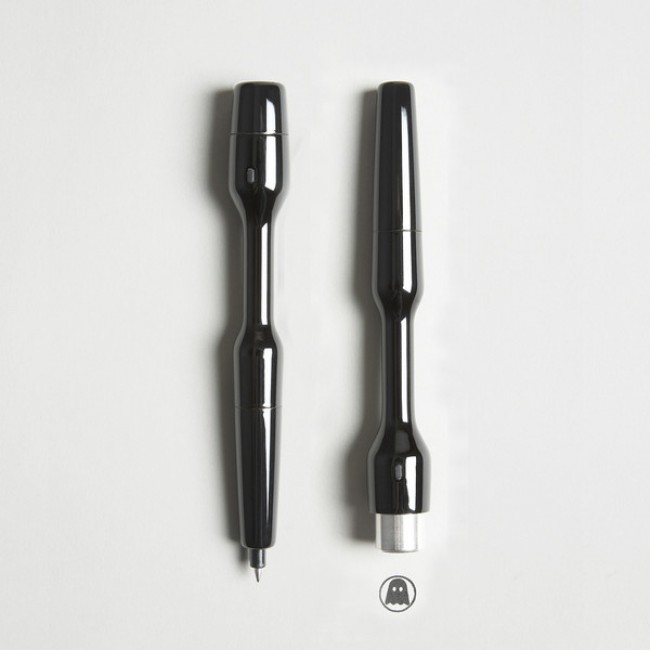 Th pen is from Shachihata, a Japanese maker of stamps. Rather than stay true to the heritage of traditional Japanese stamps the company hired a prominent designer to give this novelty pen a pop culture twist: the image it imprints is the Ghost from PacMan.