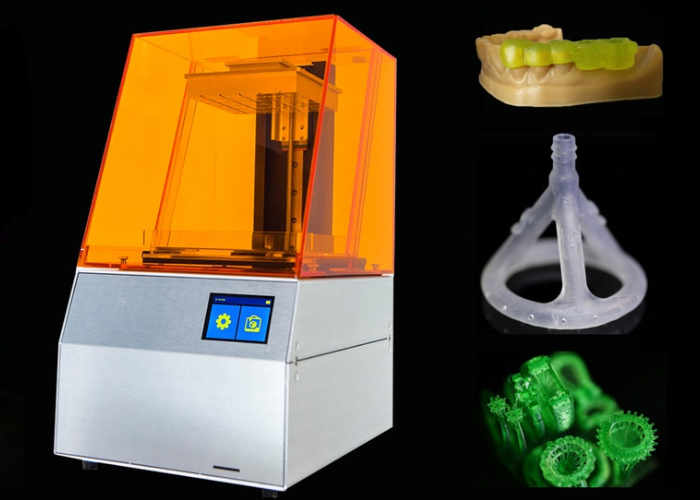 3DFacture have created a new professional SLA Laser 3D printer which they have equipped with a F-theta lens making it the first desktop 3D printer with 50 micron laser spot, offering users the ability to create and 3D print objects with “impressive detail and smooth finishes” say the development team at 3DFacture. Watch the demonstration video below to learn more about the new SLA 3D printer and its construction.

The Weaver 3D printer has this week launched via Kickstarter and is already nearly halfway towards its required pledge goal with still 44 days remaining on its campaign. Available to back from $999 for earlybird backers delivery is expected to take place during February 2018.

Explain more about the design of their SLA 3D printer

A laser beam usually has a Gaussian intensity profile – intense in the center and reduces towards edge. Optical lenses are used to focus the beam from a few millimetres in diameter where it exits the fibre, down to a narrow waist where it intersects with the build plate. As we move away from this focal point, the beam’s cross-sectional area increases, reaching twice the minimum size at a distance along the beam called the Rayleigh length.

High-end industry 3D printer use F-theta lens to address the focusing issue,  such as metal 3D printer AM400 by Renishaw. It comprises a multi-element lens assembly that focuses an incident beam onto a flat plane. The F-theta lens has a focal length that varies with the angle at which the beam enters the lensing element. The intention is to keep WD constant across the complete range of incident beam angles.

More details and full specifications jump over to the official Kickstarter campaign page by following the link below.