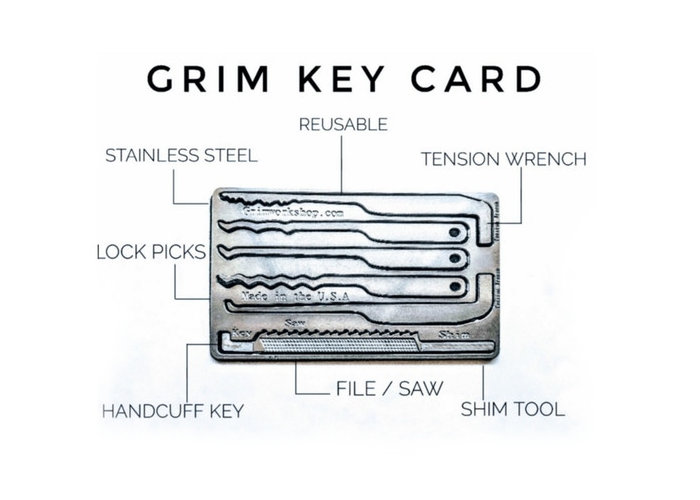 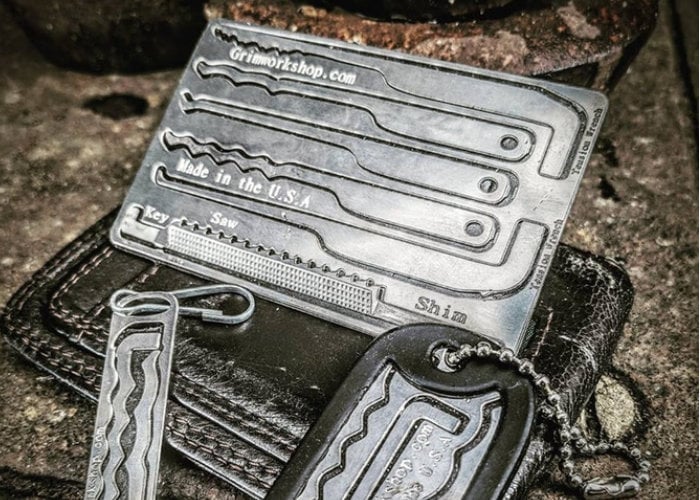 Pledges start from $5 for the Grim’s Micro Key Tool with worldwide shipping expected to take place next month during December 2018.

“Grim’s credit card sized wallet lock pick and escape tool, the Grim Key Card. The Grim Key Dog Tag, is a dog tag sized lock picking set, that can be stacked with Grim Workshop’s other dog tag tools, or hidden on the back of a regular dog tags. Grim’s Micro Key Tool, is roughly the same size as a large paperclip. This is the smallest version of tools we make and can easily be concealed as a zipper pull on your jacket, or backpack, or it can be worn as a small keychain or hidden among other commonly carried items.”

“We want you to be able to keep hundreds of tools in a space no bigger than a mint tin, wallet, or necklace, and we’re well on our way to doing so. Up to this point we have brought you over 4 dozen different tools, and now were bringing you the next generation of lock picking and escape tools.”

For more details and a full list of all available pledge options and costs jump over to the official crowdfunding campaign page by following the link below.