You read it here first, boys and girls. The dude who lives in a pineapple under the sea with a snailcat is actually a cyborg programmed by Skynet to control our children’s minds. Is this the beginning of the end? 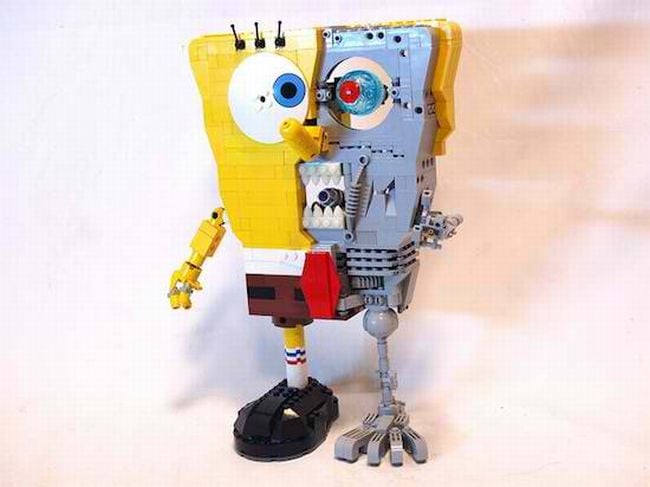 Nah! Our paranoid streak just got the better of us. Spongebob is totally fine and is a great advocate for wearing mailman shorts all the time, which is a rarity these days. Moving on…the work of art pictured above is the creation of some smarty pants Lego enthusiast who posted the finished model on Flickr.

Rather than just pay tribute to the iconic yellow sponge who flips burgers for a living (Spongebob is a 21st century icon for greatest dignity of labor) in a fast food joint run by a money-grubbing crab, the user codenamed rack911 revealed a concept machine body underneath the luff. It’s cartoonish as hell, but works. The same treatment should be applied to other members of the cast, especially Squidward. Just so you know, user rack911 specializes in building some very excellent and occasionally fearsome-looking Lego mecha.

Now excuse us, we have to iron our mailman shorts.