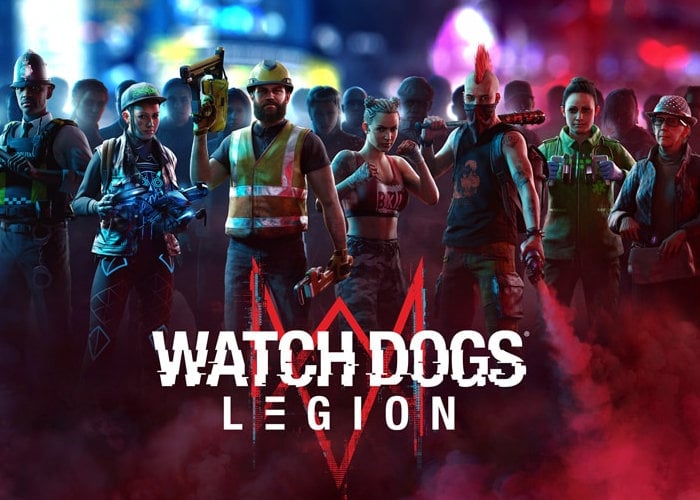 Ubisoft has announced that Watch Dogs Legion will be officially launhcing in a few month time on October 29th and will be available to play on the Xbox One, PS4, PC including UPLAY+, and Stadia. If you purchase the game on PS4 or Xbox One will also unlock access to the PlayStation 5 or Xbox Series X versions of the game at no additional cost if you decide to upgrade to the next-generation consoles which are also launching later this year in time for the holiday season.

Every character you see in the game’s open world is a potential playable recruit. Find out what they need and how to help them, and they’ll join up, letting you build a resistance cell of up to 40 operatives with diverse skillsets that range from street artists, football hooligans, and construction workers to politicians, grandparents and spies.

“Each recruit brings unique abilities, weapons, and more to the table, whether it’s uncommon strength, a missile-equipped car, a flying drone big enough to carry a person, or a rabble-rousing megaphone – and every one of them can wield a dizzying array of hacks that let you manipulate the automated world around you and snag sensitive data from just about anything. All of these skills mean you’ll have lots of different ways to approach missions, whether you prefer to cloak yourself and go stealthy; send in a spider bot to do your hacking for you; or just charge in to pummel or gun kata your way through any corrupt private-military goons and mob guards that stand in your way.

Watch Dogs: Legion will be available in Standard, Gold, Ultimate, and Collector’s Editions. In addition to the base game, the Gold Edition comes with the Season Pass, which offers access to new story expansions and extra missions, four unique playable heroes, the Complete Edition of the original Watch_Dogs, and more. The Ultimate Edition includes the base game, Season Pass, and Ultimate digital content, which includes three additional heroes, new masks, and four weeks of VIP status to let you earn in-game currency more quickly. Finally, the Collector’s Edition – available exclusively through the Ubisoft Store – includes the Ultimate Edition, an LED Ded Coronet Mask Replica (and instant access to the in-game version), an exclusive Steelbook, three stickers, and a recto-verso propaganda poster.”