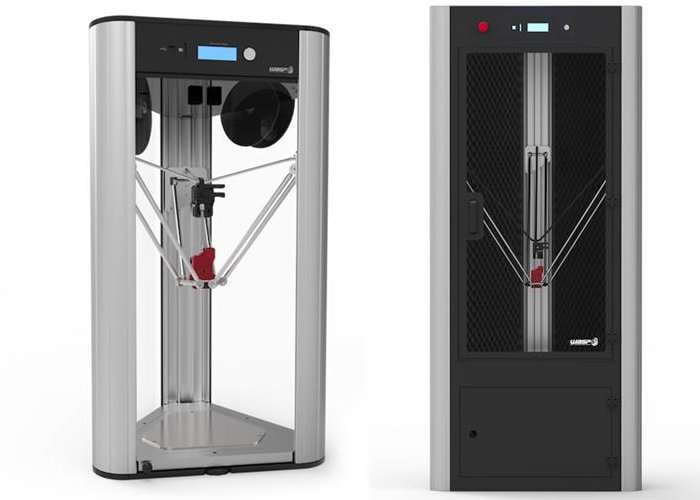 Unfortunately at the current time the new 3D printers are not available through the company’s online store and no details have been announced as to the pricing structure of each.

– The DeltaWASP 4070 Industrial, the first of these two 3D printers, is a full-metal machine designed for industrial use. The 3D printer uses a heated enclosure with an advanced ventilation system, preventing both heat and noise from escaping. According to WASP—and presumably because of its capacity for high temperatures—it can be used to print “technical” materials.

– The DeltaWASP 3MT Industrial, on the other hand, is an industrial reworking of the aforementioned DeltaWASP 3MT, fitted with an acoustically and thermally insulated chamber like the 4070 Industrial. A pellet extruder can be fitted to the 3D printer to print large objects through nozzles of up to 3 mm in diameter. (0.4, 0.7, and 1.2 mm will also work.)