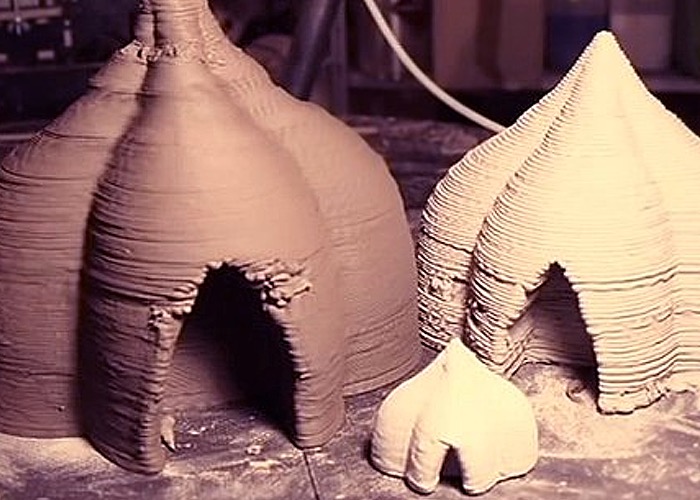 Massimo Moretti has created a new type of mud printing 3D printer called WASP that has been inspired by a small wasp which builds its habitat using only mud, called the mud dauber.

WASP the Italian-based company has this week been showcasing their latest creation at Rome’s Maker Faire 2015. The WASP or World’s Advanced Saving Project has been created to provide a way of creating affordable housing out of the readily available material mud. 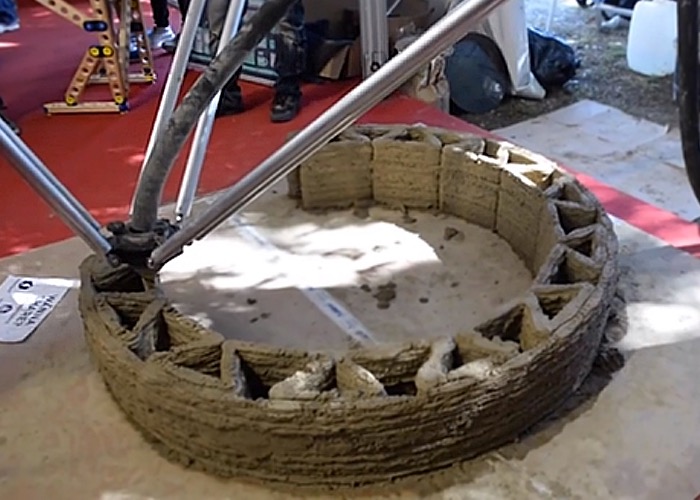 “WASP’s objective is to commercially offer a full-sized, three-armed, 6-metre (20-foot) tall, portable 3D printer which can be hauled on-site by truck, and assembled in two hours, ready to print structures up to 3 metres (10 feet) tall, with a mix of mud, clay and fibre as a binder.

The earth is first sifted into a powder, water is added and then the concoction is fed into the 3D printer, where it is then extruded out layer by layer to form a structure. For the purposes of demonstration at Maker Faire though, a smaller, 4-metre (13-foot) Delta 3D printer was used.”

For more information on the new WASP 3D printer that uses mud as its primary printing material jump over to the WASP and Treehugger website for details via the link below.