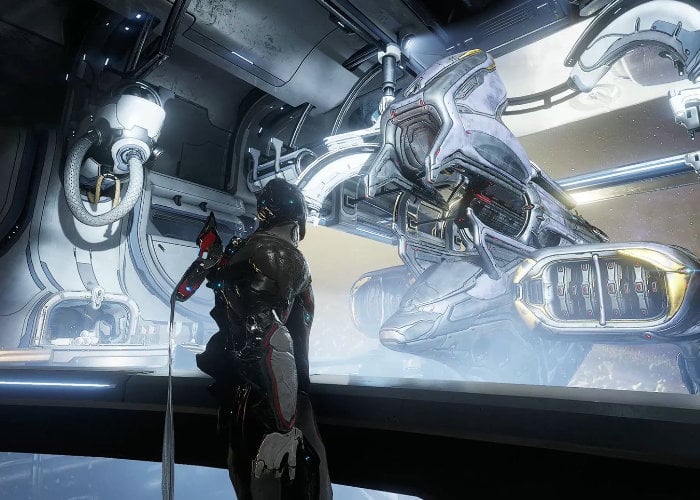 In the latest update for the Warframe game a new features has been added allowing players to create their very own battleships, In preparation for the next expansion Warframe Empyrean (Codename: Railjack).  Expect the new and highly anticipated Empyrean expansion to be released in the next few months.

For those unfamiliar with Warframe the game is a free-to-play cooperative action role playing game played in a third-person perspective offering online multiplayer gameplay and has been developed and published by Digital Extremes. After first being launch on PC it was later launched on the PlayStation 4, Xbox One and Nintendo Switch.

Features of Warframe :
– With more than 30 Warframes, each fully customizable with their own unique abilities, you can create the perfect Warframe for you.
– Katanas. Crossbows. Flamethrowers. Expand your Arsenal with more than 300 diverse Weapons, then modify each one to match your playstyle.
– Slice and dice through hordes of enemies, or go in guns blazing, or sneak your way in — the choice is yours.
– Explore, discover, fight, and fly in massive open landscapes within Warframe.
– Seamlessly leap, slide and glide through capital ships and underground compounds with a robust movement system.
– In the far-future world of Warframe, grotesque clones and capitalist machines dominate our solar system. Fight back against greed and corruption as you explore 18 worlds filled with techno-organic horrors.
– You don’t have to work alone. Invite three friends or fight alongside the 38 million strong in our Tenno community.