Wacom have today announced the arrival of a new product to their Bamboo stylus range in the form of the Bamboo Stylus duo, which now provides you with the addition of ink as well as a traditional tablet stylus.

Allowing you to benefit from being able to use it both on tablets and paper when required. Saving you from having to carry both a stylus and a pen. Wacom will also be rolling out new iOS and Android applications in line with the new pen/stylus. 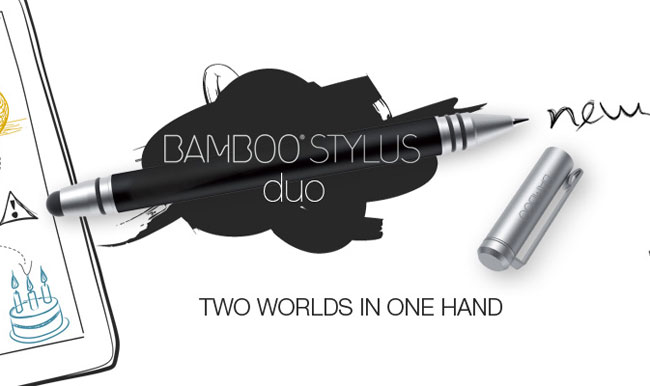 Wacom is not the first and won’t be the last to incorporate ink into a tablet stylus. Some have already made they way on to the Kickstarter website and are currently in production like the LunaTik Touch Pen we have featured here on Geeky Gadgets.

The Bamboo Stylus duo will be arriving in stores during May, and will be priced around £35 in the UK, together with the new applications. You can see the original Wacom Bamboo Stylus without the new ink addition in action in the video below. Also check out the Lunatik TakTik iPhone Case.