We have featured a number of fantastic motorbike mods here on Geeky Gadgets over the years but this VW camper sidecar is definitely up near the top of the list.

The unique VW camper sidecar has been created by Jay Dyer for his eleven year old son to ride in while out on adventures. Dyer bought the skin in Belgium and then spent another seven months constructing the VW camper sidecar, welding and painting the custom sidecar in his garden. 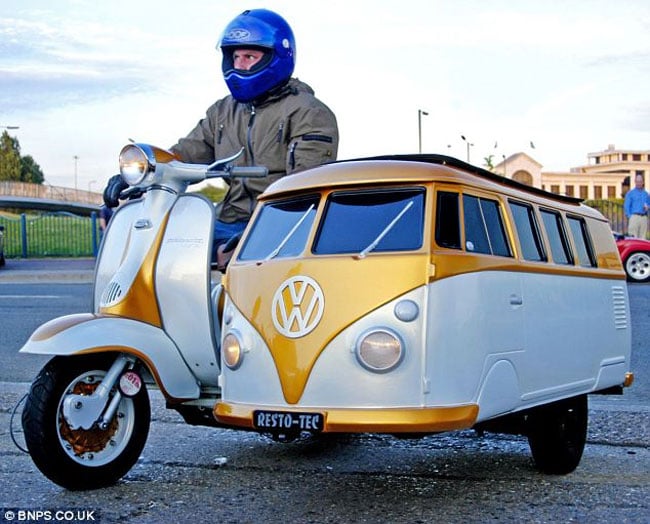 Dyer is from Northwood, Middlesex and now always gets stopped by passers by whilst out and about, for photo opportunities with the unique VW camper van sidecar. Dyer explains:

“We get absolutely mobbed by people when we take it to shows and journeys can take ages because we’re constantly stopped for photos. No-one has ever seen anything like it and it’s a great feeling to see the look on people’s faces once they realise it’s a miniature camper van. I’ve had scooters for 27 years and see them as an iconic part of British culture, I’m glad to make my contribution.”

The unique custom sidecar build cost around £2500 in total, and Dyer has already received offers or £8,000 and more for the unique VW camper van sidecar. But Dyer say there is now way that he would ever sell it, saying, “you can’t put a money value on something like that.”