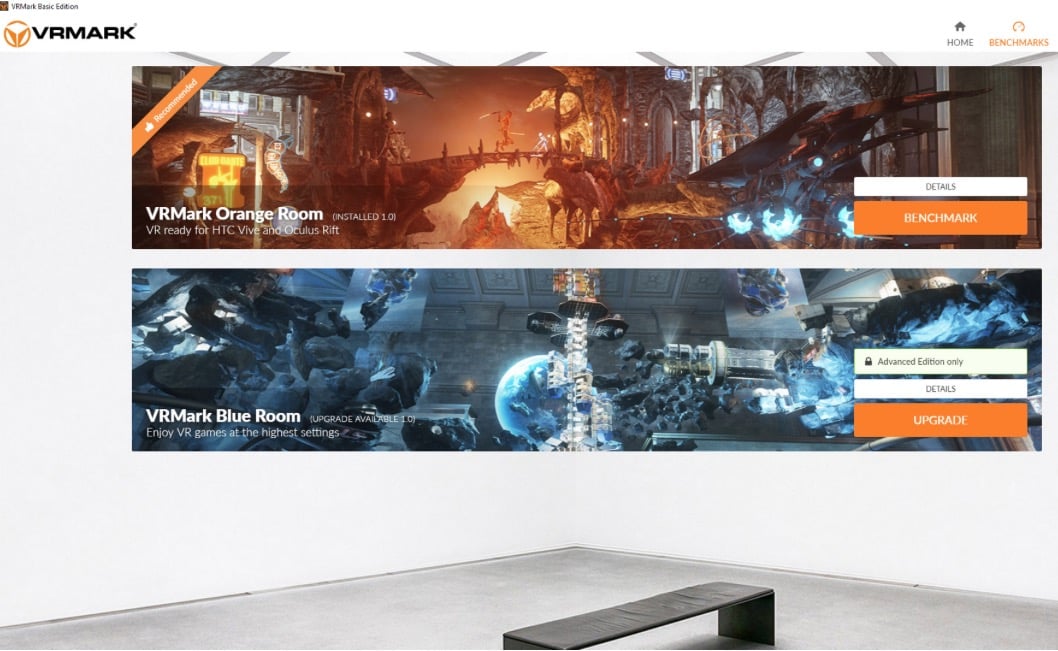 Futuremark the development company known for its 3DMark benchmarking software has today unveiled new tests for virtual reality aptly named VRMark and takes the form of VRMark Orange Room for testing compatibility with HTC Vive and Oculus Rift hardware and VRMark Blue Room to test the ability to run VR games at the highest settings.

Watch the introductory video below to learn more about the different virtual reality benchmark testing suites which have been unveiled by FutureMark today.

The performance requirements for VR games are much higher than for typical PC games. So if you’re thinking about buying an HTC Vive or an Oculus Rift, wouldn’t it be good to know that your PC is ready for VR?

VRMark includes two VR benchmark tests that run on your monitor, no headset required, or on a connected HMD. Run these tests before you buy an HTC Vive or Oculus Rift and see if your PC has what it takes to deliver a great VR experience.

After each test, you’ll see clearly whether your PC is VR-ready or not. You get an overall score for your PC, which you can use to compare systems, and detailed charts showing how your PC performed.

There is also a free-roaming Experience mode that lets you judge the quality of the VR experience with your own eyes. Take your time and explore each scene in VR or on your monitor.