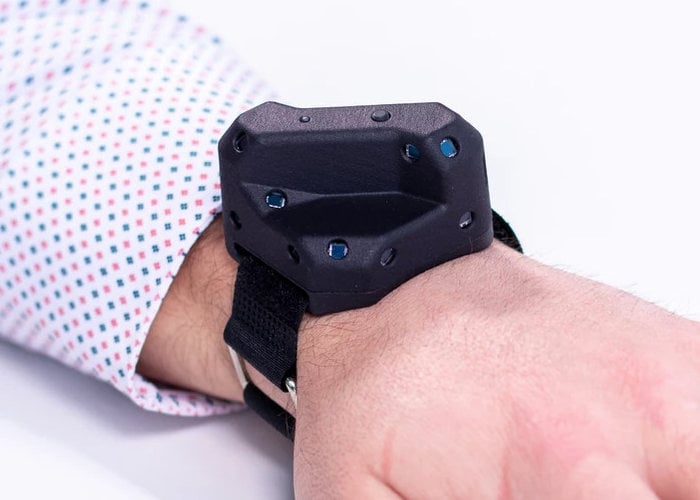 Virtual reality gamers, developers and enthusiasts may be interested in a new VR tracker which has blasted past its required pledge goal in just the first few hours of launching their Kickstarter campaign. The Tundra Tracker is a small full body tracking system for virtual reality designed to be used with SteamVR offering a wealth of features. The core processing engine of the tracker is the TL448K6D-VR, also known as “Watchman” and includes two ARM Cortex-M4 processors, a Field Programmable Gate Array (FPGA), 2.4GHz Radio, MEMs Inertial measurement unit, and two precision MEMs clocks.

Specially priced early bird pledges are now available for the creative project from roughly $42 or £31 (depending on current exchange rates). If the Tundra Tracker campaign successfully raises its required pledge goal and manufacturing progresses smoothly, worldwide shipping is expected to take place sometime around September 2021. To learn more about the Tundra Tracker full body VR tracker project view the promotional video below.

“The shape of the Tundra Tracker was designed from the beginning with precision and ease of manufacturing in mind. Miyu, our brilliant community manager in Japan created a collection of full body demos using the various popular VR applications. We will continue to grow this list to support as many as possible! The SteamVR Tracking algorithm works well when the optical sensors are formed into a constellation, where three sensors create a plane and a fourth sensor is as far away from this plane as possible:”

“Our dongles use universal firmware from Valve that is cross-compatible with any SteamVR device. This means that not only can they be used to communicate with Tundra Tracker, you can also use them to connect to: Valve Index Controllers, HTC Vive and Vive Pro “Wand” Controllers, Vive Trackers, etee Controllers, Logitech VR-Ink or any custom controller developed with the SteamVR HDK.”

“Tundra Labs has been engaging with the community and listening to your feedback. Get ready to bring Full Body tracking to the next level because Tundra Tracker is here and we’re staying loyal to our mantra: smaller, sleeker & better. The Tundra tracker has a sleek profile of 50.2 x 50.2 x 38.5 (all dimensions in millimeters). “

For a complete list of all available special pledges, stretch goals, extra media and specifications for the full body VR tracker, jump over to the official Tundra Tracker crowd funding campaign page by following the link below.