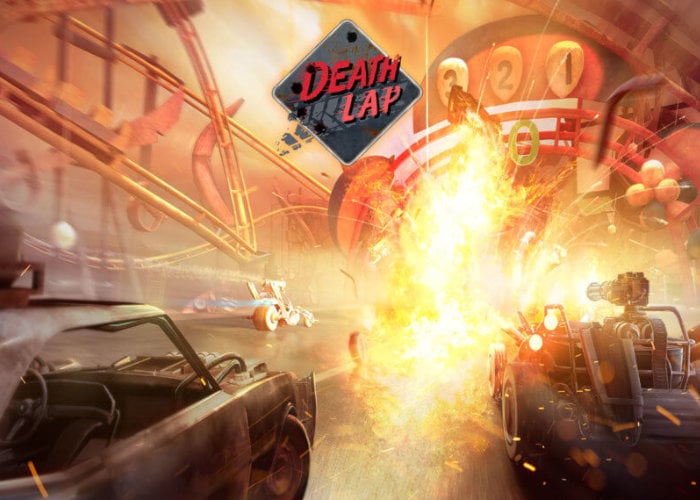 Details and a trailer been published for the upcoming virtual reality racing game and first person shooter, Death Lap. Check out the teaser trailer below to learn more about what you can expect from the new VR game that will be launching on the HTC Rift and Oculus Quest VR platforms.

“Captured by a maniac, you are thrown into a deadly TV show where you must race and battle other drivers to win your freedom. Ride devious tracks, shoot your enemies, dare to jump, perform drifts, execute stunts, navigate traps, fight to survive, and drive on these wheels and bullets madness. Use your surroundings, cars’ special abilities, and bonuses to get an edge on your opponents. Whether you’re playing solo or with friends, you have to be the first or die trying. Will you rise from the flames or will you burn?”

– Fast driving. Master your steed in first or third-person view. Use it to its best capacities, drift and jump over the minefield as quick as you can.
– Battle for survival. Use the deadly supply of weapons, maneuver undetected into the hostile run, execute combat tactics for attack or defense, and enjoy a good shot of adrenaline.
– Choose your car. Select your favorite vehicle to brave the peril of the show. Each car has a unique personality with its own set of weapons and abilities.
– Ruthless tracks. Enjoy various races environments as wild and bloody as beautiful. Take advantage of its secret paths and obstacles.
– Cunning strategies. Use your car and environment wisely. Get the bonuses scattered around and use them smartly.
– Single or multiplayer. Play against the AI or real players to test your might and speed. Maybe you’ll be strong enough to get on the pantheon of greatest players.