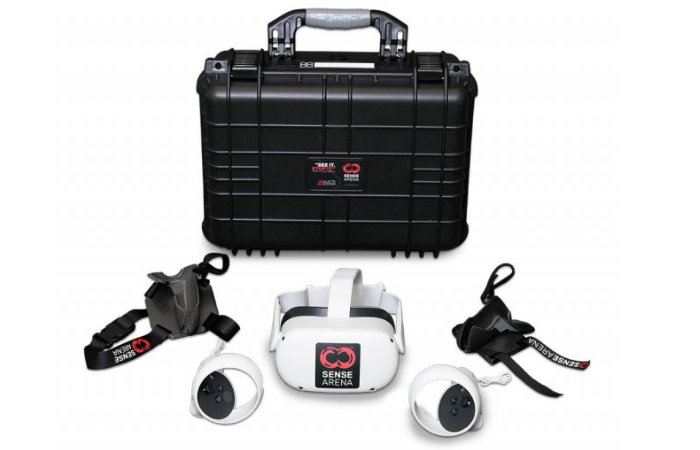 If you’d like to practice your hockey moves off the ice you may be interested in a new hockey trainer called Sense Arena VR that is being adopted by NHL teams and is now capable of providing training to all positions across the ring rather than just the goalie. Check out the video below to learn more about what you can expect from the Players version.

“Both the Goalie and Player versions of the system are sold as a complete package including an Oculus Quest 2, controller mounts for goalie gloves and hockey sticks, the Sense Arena software, and a case to store everything. The complete package for the goalie kit is $700, plus $99 monthly (or $89 per month annually). Lesser versions not including the extra equipment are available for less, and are geared toward players running basic exercises at home rather than on the ice.”